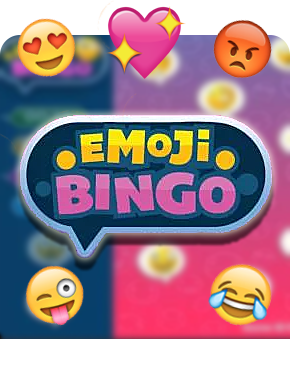 You can’t help but laugh at the comical bingo calls and bouncing emojis when you play Emoji Bingo, and while each game offers just one prize, there’s always the chance that you could be in the room at the same time that the community jackpot is won! 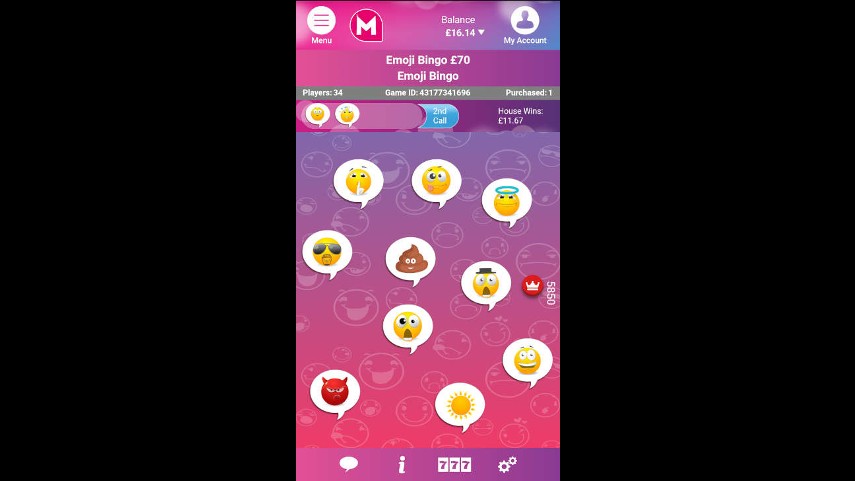 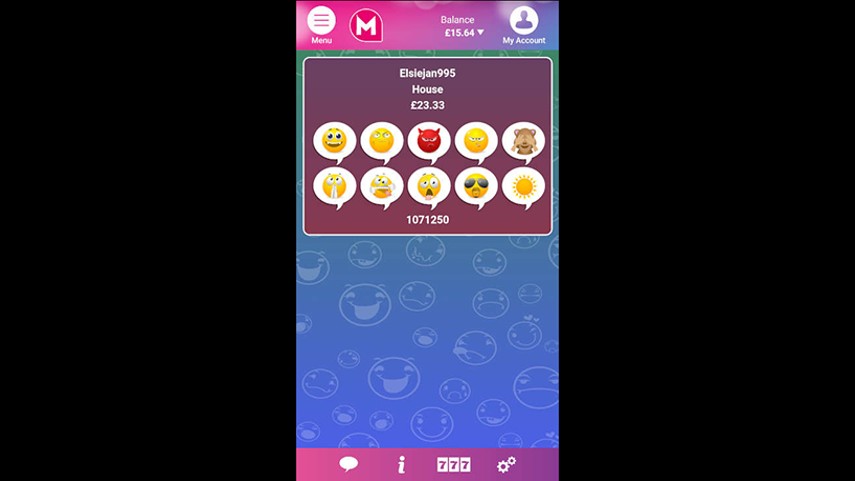 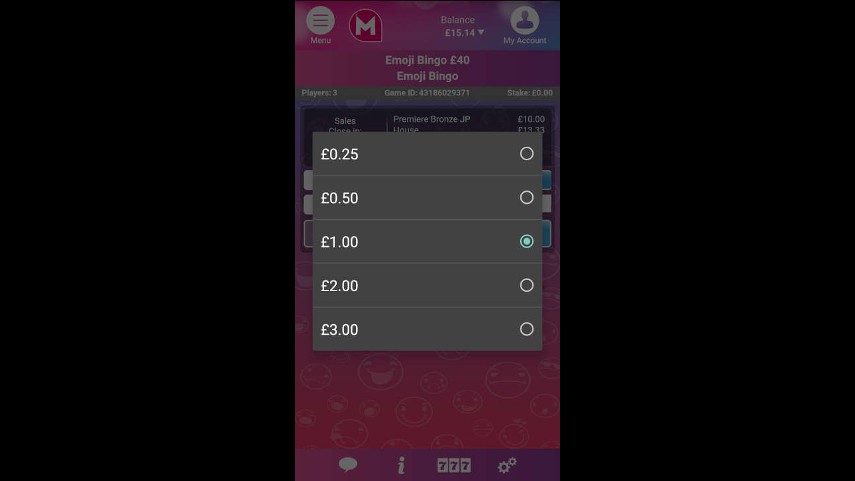 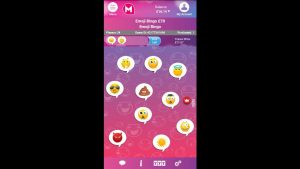 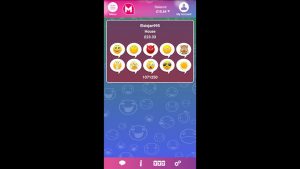 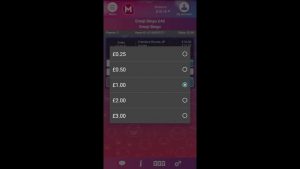 When Mecca Bingo created Emoji Bingo, its mission was to turn “bingo into a real emojional rollercoaster”, and we can confirm that the game delivers plenty of thrills and spills for both new and seasoned players.

It’s a 50-ball variant that allows you to choose how much you wish to pay to play, and if you manage to match all 10 of your emojis to the ones that are randomly chosen before anyone else, you win the full house prize.

If you regularly check the games schedule, you can take advantage of time-limited special offers where 1&2TG prizes can be won in addition to the full house and discounted tickets can be purchased. Plus, Mecca Bingo often hosts Emoji Parties and gives the regular games a temporary makeover at Christmastime.

The game has recently become available at Kitty Bingo and Lucky Pants Bingo too following their move to Playtech software.

It’s really easy to get started with Emoji Bingo as the rules are simple and you can only buy one ticket for each game.

To start off, you’ll need to buy a ticket, and you can choose from a variety of stake sizes such as 25p, 50p, £1, £2 and £3. These prices may fluctuate in the course of the day offering cheaper options.

Each ticket contains 10 different emojis and the aim is to match all of them to the ones that are called out during the course of the game.

You don’t even have to dab your ticket (unless you want to) as the software automatically ‘pops’ each emoji as it’s announced.

If you manage to mark off all of your numbers, you win the full house, and if you win within 19 calls, you’ll also trigger one of the game’s community jackpots.

Emoji Bingo comes with not one, but two progressive jackpots that are exclusive to both Mecca Bingo and the Emoji Bingo room, and the best thing about them is that they reward all participating players!

100% of the jackpots are shared among the players who have bought tickets to the winning game.

Games played in the Emoji Bingo room also qualify for Mecca Bingo’s Premiere Bingo Jackpots. There are five of them in total. The smallest is the Bronze Jackpot which offers a fixed prize of £10 and is won roughly every two hours while the biggest is a progressive jackpot called the Diamond Jackpot, which usually pays out once per month and seeds at £10,000.

There are no winning conditions for the Premiere Bingo Jackpots as they can be randomly awarded at any time to any player who has bought a ticket for a qualifying room. Players are randomly picked to play the jackpot game via a pop-up message where they get to spin a wheel to see if they’ve won a jackpot prize.

Your ticket contains 10 randomly picked emojis that float around the screen until they form a match with one of the bingo calls. Alternatively, you can have them on a static ‘simplified ticket view’.

The images include the monkey with its hands over its eyes, the Sun, the angel, the smiley face, and the confused face, and each time that one of them is marked off your ticket, it bursts like a balloon.

An electronic ding accompanies the numbers as they are called, and when the full house winner is announced, a pop-up message appears with their name and a squeaky voice states “and we have a winner!”

You can’t help but laugh at the comical bingo calls and bouncing emojis when you play Emoji Bingo, and while each game offers just one prize, there’s always the chance that you could be in the room at the same time that the community jackpot is won!

You can play Emoji Bingo games at both Mecca Bingo and Lucky Pants Bingo, but if you want to join a site that offers loads of other thrilling bingo variants, we highly recommend Mecca Bingo.

Mecca Bingo has won numerous WhichBingo awards over the years, and it offers 24/7 entertainment on both desktops and mobiles including X Factor Bingo, Fluffy Favourites Bingo, Britain’s Got Talent Bingo, Cashline, Burst Bingo, and Deal or No Deal Bingo.

Join the site today and you could fast-track your way to your first win courtesy of an incredible welcome offer for first-time depositors!