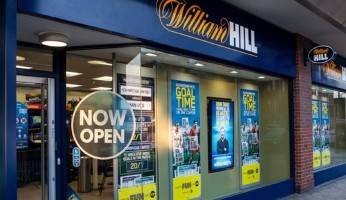 Following its takeover of William Hill in April 2021, Caesars Entertainment has been refining its portfolio, which includes Caesars Palace, Eldorado and Tropicana. It has decided that it would be better off selling William Hill’s UK and European assets and has just accepted a proposal worth more than £2 billion.

A new development has unfolded in the takeover of William Hill.

According to the British media, 888 Holdings has put in a successful bid at auction to purchase William Hill’s UK and European business assets from the American gambling giant, Caesars Entertainment.

Deutsche Bank was in charge of coordinating the sale which includes both online and offline products like Mr Green, WilliamHill.com and more than 1,400 high street betting shops.

888 Holdings offer of over £2 billion saw it outbid that of Apollo Global – a private equity firm based in the US and one of the front runners for the original William Hill purchase earlier this year. When the bidding war began, several other famous names were also in the running, including Advent International, Tipico, Fred Done (the owner of Betfred), Kindred, Entain and Betsson.

Why is Caesars selling its William Hill assets?

Despite being eager to acquire the William Hill portfolio, a wish that the company realised back in April 2021, it was always clear that it intended to sell any non-US assets.

Is the deal sealed?

It seems as though the deal will go through, even though 888 has not released an official statement at the time of writing.

However, although Betfred’s Fred Done was pipped to the post, he remains eager to acquire the William Hill betting shop portfolio from the successful bidder if 888 is prepared to sell it.

What other brands does 888 own?

From an online bingo perspective, 888 operates one of the largest bingo networks in the UK. Dragonfish is used to power both 888 and white-label brands such as 888Ladies, Wink Bingo, Bingo Street, Red Bus Bingo, Bingo Loft, Bingo Fabulous, Posh Bingo and Tasty Bingo.

It also owns sports betting, poker and casino brands including 888Poker, 888Sport, 888Games and Casino On Net. William Hill Bingo online is powered by Playtech, so it will be interesting to see if this is yet another brand lost to that platform following this round of mergers and acquisitions.