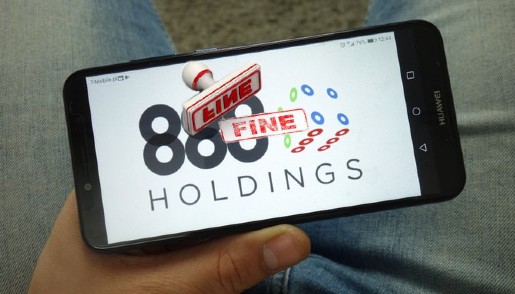 Following last week’s news that BetVictor (which recently took over Heart Bingo) had been hit with a £2m fine by the Gambling Commission, it’s now the turn of 888 UK Limited. The online bingo, casino, poker, and sportsbook operator has been told to hand over £9.4m after failing to uphold the UKGC’s expected standards.

For starters, this is not the first time that the operator has fallen foul of the Gambling Commission. Back in 2017, it had to pay £7.8m after the Commission found that it had failed vulnerable customers.

Because of this, the Commission appears to have come down even harder despite saying that “the circumstances of the last enforcement action may be different, but both cases involve failing consumers, and this is something that is not acceptable”.

The new Chief Executive of the UKGC, Andrew Rhodes, says that the £9.4m fine that it has just issued to 888 UK Limited is one of the Commission’s largest to date.

The decision to penalise the operator was made after a recent investigation revealed multiple money laundering and social responsibility failings.

The list of failings is too long to fit in just one article, but the following are just a few examples:

Where will the money go?

While the Gambling Commission has not confirmed this, the funds that it receives from the fines that it issues to UK gambling operators usually go directly to problem gambling organisations and initiatives such as the National Strategy to Reduce Gambling Harms.

888 will also be subject to a third-party audit within the next 12 months which will assess whether it has sufficiently improved its social responsibility and anti-money laundering procedures, policies, and controls.