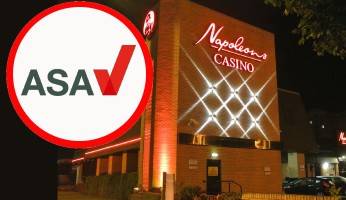 These days, advertisers have to be more careful than ever in how they go about marketing their products and services as just one complaint to the Advertising Standards Authority can get you into hot water.

This week, the ASA cracked down on a company called A&S Leisure Group which operates five casinos in the north of England, due to a complaint that was made about the wording used on its website and Facebook page.

Why did someone make a complaint?

Part of the ASA’s CAP Code dictates that advertisers must be socially responsible in their digital and offline marketing. In the case of gambling, advertisers must be extra careful to not be seen to be encouraging bettors to be reckless or put themselves at risk of harm.

The person who complained about the Napoleons Casinos website was concerned that the statement “Enjoy unlimited gambling in all of our casinos” and a Facebook post stating “unlimited gaming entry into prize draws” were both socially irresponsible. The ASA also picked up on the phrase “unrestricted gambling” under the website’s FAQ, where it was mentioned as a perk of being becoming a member of the casino.

When approached by the ASA for its side to the story, A&S Leisure Group explained that guest visitors to its casinos had limits placed on how much they could spend and cash out, while full members did not, hence its use of the phrase “unlimited gambling”.

However, it also admitted that it had become concerned that the term could be misconstrued and that it had, therefore, been altering the word to “unrestricted gambling” rather than “unlimited gambling” but had accidentally overlooked a few adverts when making the changes.

The ASA decided that both phrases were inappropriate according to the CAP Code and, therefore, upheld the complaint. It has instructed A&S Leisure to ensure that it amends its adverts and websites accordingly so that customers are not given the impression that they can gamble without restrictions or limits.