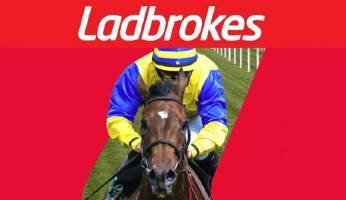 LC International Ltd, which owns Ladbrokes sports betting, casino, bingo, poker, and exchange brands, has landed itself in hot water after airing an ad on the video-on-demand service All4 back in October 2020.

After seeing the advert, a viewer submitted a complaint to the Advertising Standards Authority (ASA) challenging whether the ad promoted socially irresponsible gambling behaviour.

According to ITV Media, video-on-demand advertising offers companies “a great way to target your chosen audience with relevant content as they tune in to watch high-quality content on a trusted platform” such as ITV Hub, BBC iPlayer, and All4.

Many advertisers are now choosing to market their products and services via VOD as it costs them significantly less than on-air TV campaigns.

The Ladbrokes VOD ad in question was used to promote Ladbrokes mobile app and it featured people using the product in a range of scenarios. One shot showed a man in a café where live horse racing was being shown on TV. The man’s leg was seen to be shaking as his attention turned to the upcoming race which, in turn, caused the cutlery and food on his table to shake. The scene was accompanied by a voiceover which stated, “Come starter’s orders, I’m a bag of nerves”.

When challenged about the complaint, Ladbrokes said that its ad merely featured people “in everyday situations” and that the scene with the actor nervously shaking his table was not socially irresponsible as it did not show him talking about gambling or placing a bet. He was merely displaying a “natural reaction” that any horse racing fan could experience, regardless of whether they were gambling or not.

However, after completing its investigation, the ASA decided that the viewer’s complaint should be upheld as although it could see that the table-shaking incident was intended to be humorous, the scene suggested that the actor was “detached from his surroundings” as he watched the race and that another customer had to intervene to bring his attention away from the TV.

The ASA, therefore told Ladbrokes it must ensure that it does not portray socially irresponsible gambling behaviours such as a preoccupation with gambling and detachment from surroundings in future adverts.

This just highlights once again how difficult it is for gambling firms to sell themselves while staying on the right side of the regulations – even harmless looking scenes can be interpreted in many different ways.