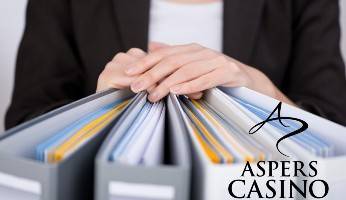 One of the latest posts to have been published on The Betting and Gaming Council’s blog is by the Chief Executive of Aspers Casino, Richard Noble, and it shows how some of Britain’s biggest stakeholders believe that the UK Government’s impending review of the Gambling Act 2005 could deliver several key benefits to the industry.

Noble admits that when he first heard of the Government’s plans to update the 15-year-old Gambling Act, his immediate reaction was “well, it’s about time”.

Noble says that casinos such as Aspers (subsequently rebranded and redesigned as Rialto Casino online), are both “ready and willing” to play their part in addressing problem gambling. However, the industry-first needs to survive the current COVID-19 pandemic (with financial support from the Government, no doubt), and then be given ample regulatory conditions that enable casinos and other stakeholders in the gambling industry to “thrive”.

One of his current concerns is the “obsolete” regulations that prevent consumers from being given the attention and “experience” that they deserve. He backs this up by pointing out that casinos which opened before 2005 are regulated differently to those that opened after 2005. Therefore, he is reassured by the DCMS’ opinion that the same regulations should apply to all casinos.

Noble also seeks to reassure some of the gambling industry’s sceptics who are “afraid” of the Gambling Review. He sees the Review as a rare opportunity that should be “grasped with both hands” as it will potentially allow the industry to achieve two common and highly sought-after goals, “to finally modernise our sector while further tackling problem gambling”.