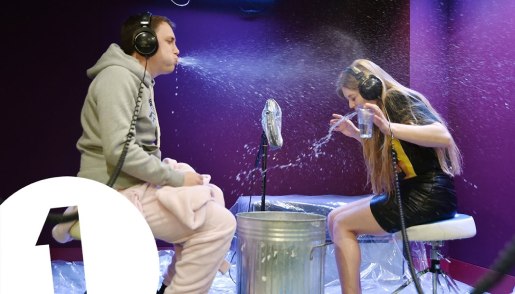 Radio 1 is one of the most listened to radio stations in the UK, enjoying a weekly audience of 7.7m listeners. Its breakfast and drivetime shows are particularly popular, and one of its star DJs is Scott Mills, who was also the host of a hilarious segment called Innuendo Bingo up until November 2020.

Both businesses and individuals had to make sacrifices and major changes during the peak of the COVID-19 pandemic. Along with contact-free deliveries, PPE, and social distancing requirements, companies including the BBC were required to examine their operations and make them as safe for customers and employees as possible.

Radio 1 is known for having a great sense of humour, and its Innuendo Bingo show attracted scores of listeners every week. However, in late 2020, the BBC made the hard decision to pull the show as spitting in people’s faces was deemed far too risky with COVID-19 around.

Bingo, but not as we know it

These days, there are many off-the-wall versions of bingo, including Bongo’s Bingo, Bingo Loco, drag queen bingo, musical bingo, and many more.

Innuendo Bingo was invented back in 2007 and quickly became a firm Radio 1 favourite. During the show, different celebrities are sat facing each other and have to hold mouthfuls of water while amusing risqué clips are read out. The first person to laugh at one of the phrases can’t help but splatter their opponent in the face, and some celebrities have even been known to prematurely project their mouthful of water before the game even gets underway.

Innuendo Bingo is back with a bang

Last week, Scott Mills announced on his Twitter account that Radio 1 is bringing back the bizarre yet popular show after an 18-month break. Naturally, there will be a few changes to ensure that the show’s guests and hosts are kept as safe as possible. One of the biggest changes is the fact that each contestant will now have their head protected by a plastic box so that their opponent is protected from any spray.

Over the years, Innuendo Bingo has welcomed many famous faces including Daniel Radcliffe, Hugh Jackman, and Davina McCall who famously exclaimed “I’m in heaven” when she got soaked with water.