Take a look behind the scenes at Gamesys Chat-O-Vision

To co-incide with the launch of our new dedicated chat hosts section, we went down to the offices of Mice & Dice in Stoke-on-Trent to watch the filming of the Jackpotjoy Chat-O-Vision show, and to meet the people behind this year’s WhichBingo Award winning chat team.

If you’re unfamiliar with Chat-O-Vision, it is basically a live video feed that appears in selected bingo rooms just above the regular chat. Here they broadcast a variety of live and pre-recorded shows throughout the week, all designed to engage and entertain the bingo roomies.

The shows are broadcast from a small on-site studio and it is the actual chat hosts who do the writing and presenting. Because they’re not trained professionals, it does add an extra bit of charm to the whole show and you do end up relating more to the hosts.  Players love it too as they bring that relationship from the chat room out onto the screen.

The hosts are supported by the film crew; two sat behind the mixing desk controlling the sound and visuals, one cameraman and another helper monitoring chat and social media to pick out the best of the roomie chat to display to the hosts.

The morning we sat in on the show, they were chatting about the greatest ever chat up lines. Players in the rooms were sharing their favourites, which were then being shown up on a big screen above the cameras for the hosts to read out – some of which were not safe for broadcast! LOL

The hosts have an auto-cue where they read the scripted parts of the show, but where it really comes alive is when it becomes ad-lib and they are responding to player comments.

It was such a laugh watching Arnie Host and Betty Host reacting to what the players were saying in real time, and the players were buzzing from getting mentioned and name checked on the show.

You can instantly see why so many players take part and stay for the entire two-hour show.

As I said before, the hosts of the show are all real chat hosts, which means once the show is over (and in-between segments), they are back at their desks chatting away and playing quizzes in the rooms.

We took time to sit with Arnie and Betty as they continued the quizzes into chat, and learned all about how they chat to players with their ‘Jibba Jabba’ chat host system, which shows all the chat full screen.

Here they could see what all the players in their room were saying, as well as whether they were new or returning players. It was great that they could give a shout out to new players and let them know they are there to help if needed.

I also liked how they could throw out little fun animations that would dance about above chat. The options available on the Gamesys platform for hosts are really great.

After the filming of Chat AM had finished, we were given a presentation by the Head of Programming which gave us a sneak peak at some of the new shows planned for December and beyond.

We were particularly excited to hear of a new Christmas show launching this December hosted by former Saturday morning TV favourites Trevor and Simon! 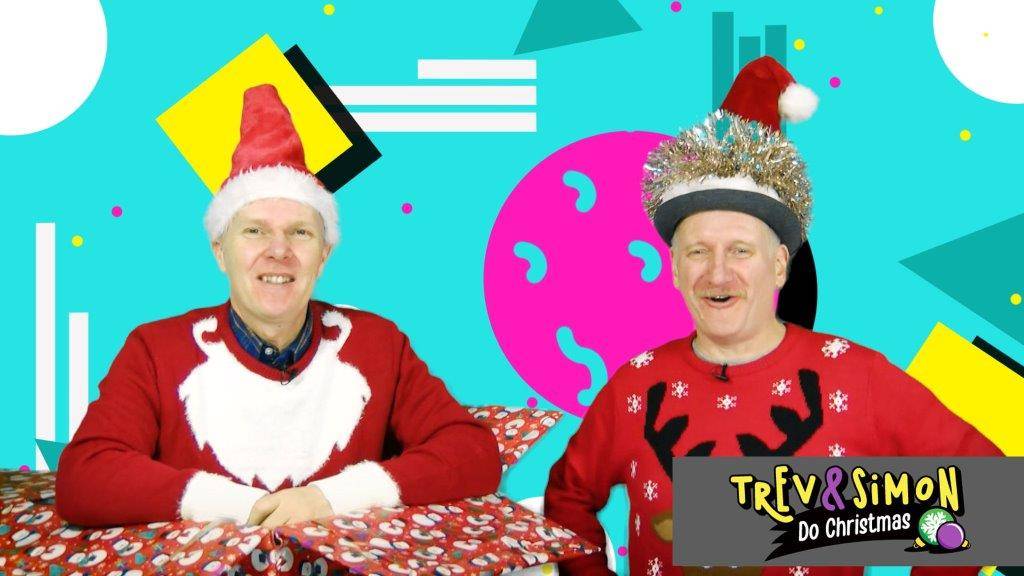 ‘Trev and Simon Do Christmas’ airs exclusively on Chat-O-Vision from Tuesday 1st December. There will be 25 days of fun-filled-festive surprises to see you through to Christmas Day.

Be sure to ask your nearest Jackpotjoy chat host when the new show airs. We really cannot wait!

Until then, you can check out chat-o-vision for yourself at Jackpotjoy or on the Chat-o-vision YouTube page.