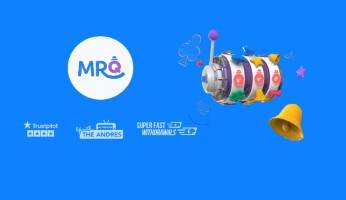 MrQ is the latest online bingo operator to take to the big screen. Its first official television advert is due to be broadcast this week, and its dry and light-hearted approach is bound to get viewers’ tongues wagging.

Funnyman Joe Wilkinson has been chosen as the narrator for MrQ’s first-ever TV advert.

The popular comedian and star of shows like “8 Out of 10 Cats Does Countdown”, “After Life”, “The Cockfields” and “Taskmaster”, is bringing his “dry yet suitably light-hearted approach” to the proprietary online bingo brand’s first venture into TV advertising this week.

Initially, the ad will be shown on MTV Base. However, due to unforeseen circumstances, it could not be aired on its pre-scheduled slot on Sunday, 1st August 2021 and will instead begin airing from Monday, 2nd August.

Since MrQ launched its online bingo offering back in the autumn of 2018, its popularity has mainly been achieved through word of mouth. The fact that it also believes in zero wagering requirements has also helped it to gain new customers, and in 2019, it won the Rising Star award at the EGR Operator Awards.

According to Savvas Fellas, the Managing Director of MrQ, the decision to launch its first TV ad campaign “signals the next step in [MrQ’s} journey to grow the business”. Savvas is also keen to drive brand recognition and awareness.

Joe Wilkinson’s cutting commentary in the brand’s first TV advert helps MrQ to stand out from the crowd. For example, Joe initially dismisses the site’s selling points before concluding that it “actually seems alright”. The ad ends with Joe recommending viewers go and check out “the award-winning, no-nonsense casino you’ve never heard of”.

The full 30-second ad can be viewed via MrQ’s channel on YouTube, and it also includes the brand’s current welcome offer for new players which consists of 20 free spins on the Fishin’ Frenzy Megaways slot. Interestingly, the advert fails to mention MrQ’s brilliant selection of online bingo rooms. So, if you’re thinking about signing up, why not read our MrQ review which also tells you how to get 24 hours’ access to the Free for All bingo room when you create an account?