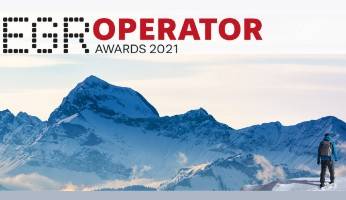 The shortlist for the 2021 EGR Operator Awards has just been announced, and there are nine major British bingo brands that will be hoping to take home the title of Best Bingo Operator. The event is set to take place on 25th November 2021 in London.

The annual EGR Operator Awards are “The Oscars of the egaming industry”. This year’s ceremony will be taking place in person at the Grosvenor House in London on 25th November, and there are nine famous names on the shortlist for the Bingo Operator award.

Who’s on the shortlist?

Bingo operator Entain has been nominated twice, once for Foxy Bingo and once for Gala Bingo. Gamesys (which owns Jackpotjoy and Double Bubble Bingo) is also on the list, as are Mecca Bingo, Tombola, PlayOJO and Paddy Power Bingo. The other operators who are hoping to claim the award are InTouch Games (the company behind mFortune, PocketWin and Mr Spin) and Kindred Group which owns Bingo.com, 32Red and Unibet.

Other awards that are up for grabs

While 888 failed to gain a nomination for its Dragonfish operation, it’s been shortlisted for Casino Operator along with brands like Betfair, Betsson, LeoVegas, PokerStars, Casumo and Genesis Global.

Four of the biggest names in the online bingo industry are contending for the Operator of the Year award – 888 Holdings, Gamesys Group, Rank Group (the operator of Mecca Bingo) and Entain.

This year’s ceremony will be the first non-virtual EGR event in 18 months due to COVID-19, and the organisers have gone to great lengths to ensure that the November event will be as COVID-safe as possible. Although the 2020 Operator Awards had to be held virtually, it was so impressive that it was named as the Best Virtual and Hybrid event at the VEI Awards.

As is the case every year, there will be an independent team of external judges who must declare that they have no conflicts of interest. Different groups of judges are allocated awards categories and once they’ve created a shortlist based on the nominations received, they pass them to the final judges to score the nominees and determine the winners.

Good luck to all the nominees.