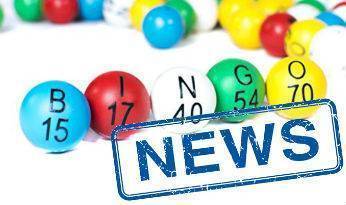 In this week’s news roundup, every story is a good news story! There’s a new partnership between Jumpman Gaming and Pragmatic Play, big competition wins for lots of lucky Betfred customers, and a host of St Patrick’s Day promotions to explore. So, if you want to be one of the first to know what’s happening in the exciting world of online bingo, read on for more details.

It’s just been announced that the award-winning software developer Pragmatic Play has formed an alliance with the online casino and bingo operator Jumpman Gaming. This will allow Jumpman to showcase many of Pragmatic Play’s most popular slot games across its sites, but also takes on the developer’s new bingo software too.

For existing customers familiar with Jumpman sites, the new partnership will totally change the playing experience as it’s a case of out with the old and in with the new when it comes to the choice of bingo rooms.

Familiar rooms such as Fair & Square, Lucky Stars, and Pay Day Jackpot have all been retired, although the Bingo Millions games have been retained.

In their place, you’ll find the 90-ball Jackpot Room, a 75-ball room called Stars ‘n’ Stripes, the 80-ball Boombox Room, the Heavyweight and Clockwork rooms, and several special rooms that change according to the seasons.

One major improvement is that players can now pre-buy tickets for their favourite games.  Plus, there’s a host of Pragmatic Play slots to choose from, including Safari King, Egyptian Fortunes, Wild Pixies, The Dog House, and Release the Kraken.

If you want to take a closer look at the changes, head over to one of the operator’s 15 Network sites such as Balmy Bingo.

Betfred’s Win a Car Promotion Comes to a Premature End

Big giveaways are making a comeback at major online bingo sites and always attract a lot of attention. However, none have proven quite as popular as Betfred’s recent Win a Car promotion.

The competition began on 1st December 2019 and was due to run until the end of this month. However, it seems as though the popularity of these bingo games and number 43 instead of number 13 becoming ‘lucky for some’, has caused the promotion to end early. This might not seem like good news at first glance, but it does mean that a lot of players won a brand new car in a short space of time!

The promotion ran in Betfred Bingo’s Mystery Room via a series of daily Win a Car games. The prize for the full house in each game was determined by the number of the ball that the full house was called on. For example, 47 was an experience voucher, 36 was a £5 bingo bonus, and 44 was a Betfred pen. 43 was the magic number for players who were eager to get their hands on a brand new car. The writing was probably on the wall when 11 cars were won in the first few weeks of the promotion. Running the promo over more than three months was probably a bit over-stretching!

For those of you who missed out, there are still plenty of exciting promotions underway at Betfred Bingo including a £1 Million Slots Prize Draw which runs until 8th April 2020. Plus, new customers can take advantage of the site’s welcome offer when they meet the minimum deposit and stake requirements.

Usually, at this time of the year, you can’t drop by an online bingo site without encountering a St Patrick’s Day promotion and a ton of Irish puns. So far, however, the annual Irish-themed offers have been a little thin on the ground. So, your pals at WhichBingo have sniffed out some of the biggest and best St Paddy’s events that are coming this week.

Head down to Gala Bingo to “boss it” with Gloria and, if the luck of the Irish is on your side, you could get your hands on a “shamrock-in” share of £5,000.

The £5k Cash Share promotion runs from 10th to 17th March 2020 inclusive and to take part you’ll need to start by opting in. Next, deposit and stake at least £20 on any of Gala’s qualifying Irish-themed slots and you’ll be guaranteed a share of £5,000 cash the following day.

At Tombola, you can join in with the St Patrick’s Pulse Party between 8pm and 10pm on Tuesday, 17th March. There are guaranteed prizes up for grabs in every game, ranging from £10 prizes in the 10p games to £200 prizes in the £2 games.

Earlier, we mentioned that it’s all-change at Jumpman Gaming’s online bingo sites, and to celebrate, the operator’s set up a special St Patrick’s jackpot. With a total prize pool of £4,500 on offer, you won’t want to miss out!

As always, please remember to check the full terms and conditions of any special offers or promotions that you’re interested in prior to taking part.