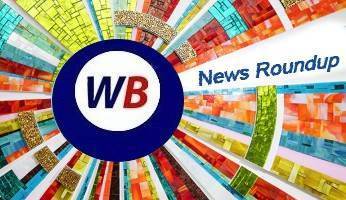 In this week’s news round-up, we’ve got a new bingo club opening in Oxford while some bingo halls in Scotland must close due to updated lockdown restrictions. NetEnt signs a deal with the makers of Slingo, the ASA investigates complaints about Foxy and Betfair ads, Pragmatic Play prepares to launch its first live game show title and BingoCams signs an agreement with 1×2 Gaming.

While the Advertising Standards Authority felt that Betfair Casino’s ad showing a man taking his time to head to the airport boarding gate while playing a casino game did not promote irresponsible gambling, it sided with a complainant over a sponsored Google ad for Foxy Games.

The issue with the Foxy Games ad lay with the text that read “Earn Money Online – Foxy Games – Play Online”, and the ASA agreed with the complainant that it could be seen as irresponsibly suggesting that “consumers could achieve financial security by gambling”. That ad won’t be seen again as GVC agreed it was not acceptable and withdrew it immediately it became aware of the complaint.

They’ve not long been re-open, yet bingo halls across Glasgow and the Central Belt area of Scotland must temporarily close their doors again following this week’s government update from Nicola Sturgeon.

As of 6 PM on Friday, 9th October, all indoor entertainment venues, including bingo halls, pubs, restaurants, casinos, bowling alleys and pool halls must close for 16 days.

The new restrictions affect Lanarkshire, Greater Glasgow and Clyde, Lothian, Forth Valley, and Ayrshire and Arran.

Liverpool’s Pavilion Theatre, which is affectionately referred to by locals as The Pivvy, is a 112-year-old building which was, until recently, a bingo and social club. The owners of a local restaurant, Kebbabish, have submitted a planning application to the local council asking for a change of use that will let them use the Pivvy to provide takeaway food.

Pavilion Group North West Ltd wants to create five different takeaways within part of the building, as well as allow for pedestrian access from Lorton Street.

Dazzletag Entertainment, which owns and operates the live webcam bingo brand, Bingocams, has just signed a partnership agreement with the casino game developer 1×2 Gaming that will allow Dazzletag to distribute some of 1×2’s most popular games, as well as those created by its subsidiary, Iron Dog Studios, through its online bingo brands.

The initial integration will see 1×2’s Megaways titles added to sites like Bingocams. There will then be a “rapid rollout” of 1×2’s “full portfolio of slot machines and table games”.

In February 2021, residents of Oxford should hopefully get to see a brand-new Club 3000 bingo hall open at the Kassam Leisure Complex provided that the necessary license is granted.

This is likely to come as welcome news to the city’s avid bingo fans as Oxford lost its Buzz Bingo club back in July due to the financial impact of the COVID-19 pandemic.

A recent podcast that was published online saw the Head of Account Management at Pragmatic Play interviewed about the company’s latest plans.

Among other topics such as this year’s EGR Awards nominations, Michel Glansberg confirmed that one of Pragmatic Play’s upcoming games is its first-ever game show-style live casino offering.

Mega Wheel is due for release in November 2020 and will feature “specialised hosts”, wheel multipliers, and boosted numbers.

Last week, we saw Eyecon enter into a deal to develop its slot, Fluffy Favourites as a Slingo game alongside Gaming Realms.

Now it seems as though NetEnt wants to get in on the action even further following its new multi-year licensing agreement with Gaming Realms.

The first NetEnt slot that’s set to receive the Slingo treatment is Starburst, and we’re hopeful that other titles will follow shortly. Read more on this story.

The popular online casino, Casumo, has extended its current partnership with the game developer Push Gaming that will allow it to add to its already impressive library of titles.

Joker Troup is the first Push Gaming slot that will be made available at Casumo.