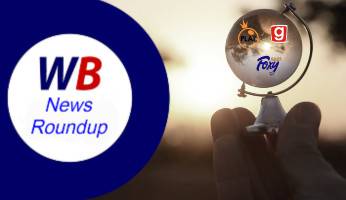 In this week’s news round-up, there’s plenty of places to discover new games right now as Broadway Gaming sites are rolling out more Pragmatic Play games while the sportsbook brand, BetVictor is set to begin offering online bingo. There’s also good news for Gamesys whose profits have soared over the past year, but not so good news for Scottish casinos which are demanding that they be given the same rights as hospitality venues. Plus, GamCare issues new guidance to help operators issue clear messages about safer gambling.

Online bingo is finally coming to BetVictor – the independent bookmaker which was originally created by Victor Chandler.

The brand added an online casino in 2015, followed by a live casino in 2019, and is now set to launch its first online bingo offering by the end of March 2021. The online bingo section has been anticipated since right back in 2015 – we were all just waiting to find out which platform they would opt for – now we know.

The bingo platform will be hosted by Pragmatic Play whose best-known title is Bingo Blast.

A couple of days ago, Gamesys announced that it would be promoting its Chief People Officer to the role of Executive Director.

Tina Southall has been with the company (whose flagship brand is Jackpotjoy) since 2014, and Gamesys is confident that she will provide “valuable insight and new perspectives to the Board” in her new position.

This week, Foxy Bingo and Foxy Games contacted members to let them know of an upcoming change.

The company which will now operate the Foxy brands is changing from Electraworks Limited to LC International, although both are owned by the current operator, Entain.

The changes take effect from 23rd March 2021, and when players log in to the site after this date, they will be presented with a pop-up box that prompts them to agree to the change in the operating company. The only other way that the change in ownership will affect players is that LC International Ltd will now appear on their transactions instead of Electraworks Limited. The bingo software will become known as Entain instead of Electraworks at the same time.

GamCare has issued a new ‘code of conduct’ for gambling operators with UK licenses, which has been developed alongside the Betting and Gaming Council.

It will affect how gambling brands display information about responsible gambling both digitally and in print, and it comes as a result of feedback gained from GamCare’s Lived Experience group.

Gambling sites and apps must now ensure that three key pieces of information are clearly displayed for users’ attention, including the phone number for the National Gambling Helpline, the link to the BeGambleAware website, and a link to the brand’s responsible gambling page/section.

The Gamesys Group, which owns both Heart Bingo and Jackpotjoy, has enjoyed record 2020 results after diversifying its brand portfolio.

While many gambling companies were adversely affected by the COVID-19 pandemic, Gamesys managed to grow its profits through an increase in active players and the launch of two new brands (Rainbow Riches Casino and Virgin Games).

A former bingo hall in the popular seaside resort of Whitley Bay could enjoy a new lease of life as a leading drinking, eating, and shopping destination.

Carlton Club Ltd has just submitted a planning application to North Tyneside Council that will allow it to transform the Carlton Bingo club into a multi-level site that will include a wedding suite, pop-up shops, a restaurant, and a cocktail bar.

Casinos in Scotland are demanding that they be permitted to reopen alongside other hospitality venues when the country enters Level 2 restrictions. Under the Scottish government’s current plans, casinos would have to wait until Level 1 before being deemed safe to open.

The Betting and Gaming Council has also criticized the Scottish government’s reopening schedule and is urging first minister Nicola Sturgeon to rethink her plans in a bid to save hundreds of jobs.

The company behind big names like Glossy Bingo, Dotty Bingo, and Butlers Bingo has made another step forward in revitalising its brands following the unforeseen closure of the Microgaming bingo network.

Following the recent addition of Pragmatic Play Bingo to its brands, Broadway Gaming has gone further and done a deal with Pragmatic that will allow it to roll out the latter’s impressive range of online slots and mini-games including Pyramid King, Chilli Heat, Big Bass Bonanza, and Wolf Gold.

Broadway brands will also get to showcase Pragmatic’s Drops and Wins tournaments and prize drops, as well as its new Replay feature.