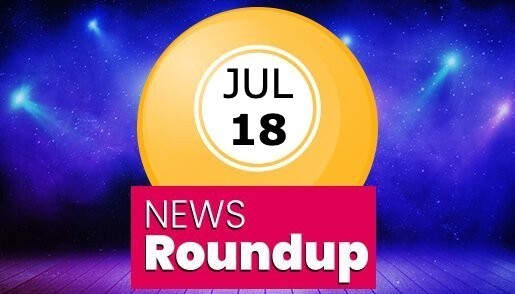 In this week’s news round-up, the Betting and Gaming Council doesn’t hold back on its thoughts about a midnight curfew on Scottish casinos, five people are jailed following a drugs bust on a former bingo hall, and the EGR B2B Awards vote Relax Gaming as top bingo supplier. The news just keeps on coming as tombola reveals four new themes in Scratch and congratulates its latest big winner, and Foxy Bingo owner Entain invests in its in-house game studios.

Gala Bingo, Foxy Bingo and Party Poker owner, Entain has announced that it will be doubling its investment in its in-house game studios.

The move will allow Entain to speed up its UK and international content development which will include new casual games and slots like Fiery Wilds and innovative free-to-play slots tournaments.

Now that all four nations have had a chance to reveal their plans for exiting lockdown, gambling industry experts have also had time to think about their feelings on the proposals. And it seems as though the Betting and Gaming Council are none too pleased with Nicola Sturgeon’s “bizarre” decision to impose a midnight curfew on Scottish casinos.

The unexpected move was announced by Scotland’s first minister the other day, and as well as affecting land-based casinos, the midnight curfew will also apply to the rest of the country’s hospitality venues (including bingo halls, restaurants and pubs).

As the BGC has pointed out before, most casinos do over half their trade after 10 pm and it has, therefore, branded the decision as “grossly unfair on the colleagues and operators who have worked so hard to make casinos COVID-safe”.

Waysfecta will make its debut in the developer’s upcoming slot game, Enchanted Waysfecta. It’s a beautifully designed game that’s loosely based on the Nutcracker Suite ballet, and thanks to the innovative new game mechanic, it can offer players up to 15,552 ways to win.

The slot also includes a Free Spins Bonus with an unlimited win multiplier that increases by 1 with each new win.

Provided all the necessary regulatory approvals are granted, the company will proceed with the sale of the UK’s leading online odds comparison affiliate site to Bruin Capital.

Although it might not be the best-known online bingo platform, Relax Gaming’s bingo product is deemed top of the crop after receiving the Bingo Supplier award at this year’s EGR B2B Awards in London.

Its recently released Hexabingo game has helped Relax Gaming to increase its popularity in the UK online bingo industry, and it will continue to focus on providing unique content and a “high-quality gaming experience” over the coming months.

Back in May, we published an article about how many organised crime groups are using former bingo halls as huge cannabis factories.

So far, the police have done an excellent job of identifying these illegal sites and taking the criminals behind them to task.

One of the biggest finds in the North-West of England was at the abandoned Astoria bingo hall in Hyde, where a £750,000 cannabis farm was uncovered. The discovery led to another raid on a £3 farm in a nearby mill.

Since the raids were carried out, five men have now been given prison sentences after admitting conspiracy to produce cannabis.

According to Tombola, good things come in fours not threes as it’s just announced that it’s introduced 4 new Scratch themes to Tombola Arcade. Snapshot, Chests, Lamps and Retro are all now live, and their games cost as little as 5p to play while the prizes can stretch to as much as £500.

In other Tombola news, despite the disappointing result for England in the Euros, the site’s football-themed Five-A-Side Cinco room has just seen a lucky player who goes by the alias purpleace1960 score a whopping £10,000. WTG!

Cast your votes now for next month’s WhichBingo awards

Just a friendly reminder that you’ve only got until midday on 26th July to vote for your favourite bingo brands in this year’s WhichBingo Awards.

You can submit your nominations for as many categories as you like via our Nominations page, and the lucky winners will be revealed in our online awards ceremony on 12th August 2021.