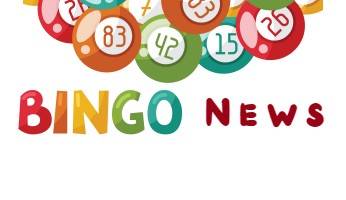 The National Bingo Jackpot game has been won by a member of Mecca Bingo in Camden for the first time in almost two years.

The giant £50,000 jackpot was scooped by an anonymous player on 11th December and will hopefully allow them to have an extra-special Christmas.

The last time that Mecca’s club in Camden struck it lucky with the National Bingo jackpot was back in 2018. However, the brand’s Stockport bingo hall managed to score the jackpot just three months ago.

In case you missed our recent article in the WhichBingo magazine, there’s a new type of online bingo game to play if you’re a registered member of a Skill-on-Net brand.

Thanks to an exciting licensing deal between the operator and Bandicoot TV, UK players will be able to join a brand-new games site called The Masked Singer. Plus, the popular, wager-free Skill-on-Net brand, PlayOJO, will be welcoming an exclusive The Masked Singer bingo room.

The partnership will also allow Skill-on-Net to develop an online slot and a scratch card that will both be based on the hit TV show.

An independent bingo hall in Leominster has got together with their local food retailer to provide a free three-course Christmas feast for members of their community.

Generous Clifton Bingo on Westbury Street has teamed up with the town’s Co-op to host a special Christmas lunch at the bingo club on 24th December, and as the venue’s general manager explains, it’s “for all those going without a Christmas meal or who are lonely at Christmas”.

The club can accommodate three different sittings of approximately 50 people, and anyone who wishes to attend needs to book a place in advance.

When Microgaming retired its bingo platform earlier this year, it left many online bingo brands in limbo.

One of the better-known operators affected was Broadway Gaming, which owns sites such as Lucky 247, Casino of Dreams, Glossy Bingo and Butlers Bingo.

In good news for players, Broadway Gaming has already moved its bingo output to Pragmatic Play and has just announced that it’s moving the rest of its operation over to the Bede Gaming software platform. This will add hundreds of new games from loads of different providers in a stark move away from only offering Microgaming slots and casino games.

The Betting and Gaming Council has just held a webinar to discuss “Unpicking the Terms of the UK Gambling Act Review”, and its host, Brigid Simmonds, says that other sectors need to help the gambling industry take account for some of the responsibilities such as problem gambling and betting-associated risks.

Ms Simmonds says that she would like a “holistic approach” as the gambling industry has been the sole bearer of such responsibilities for the past 20 years, with the NHS having only recently stepped in to help.

The Young Gamers and Gamblers Education Trust has just appointed its first-ever charity ambassador in the form of Marvin Sordell.

However, since he retired last year due to mental health issues, he has kept quite a low profile. So, it’s great to see him championing such a worthy cause which he describes as “a fantastic charity”.

The UK Gambling Commission is asking consumers to be extra-vigilant during the run-up to Christmas as there’s been a noticeable rise in the number of lottery scams.

The Commission’s latest guidance tells members of the public how they can undertake checks before taking part in any prize draws and lotteries such as being wary of those that ask participants to phone premium rate or international numbers or send cash overseas.

Mega Bars Jackpot King is a 5-reel slot that uses classic symbols like gold bars. It has 10 paylines and a free spins bonus, and its highlight is the networked Jackpot King progressive jackpot which can potentially be triggered on any spin.

It means that LottoGo will be launching Pragmatic’s live bingo suite, which is headlined by a fast-paced and exclusive online bingo variant known as Bingo Blast.

The lottery site has already given a home to several of Pragmatic Play’s slots, and the head of gaming at its parent company is “sure our players will love the new [bingo] experience”.