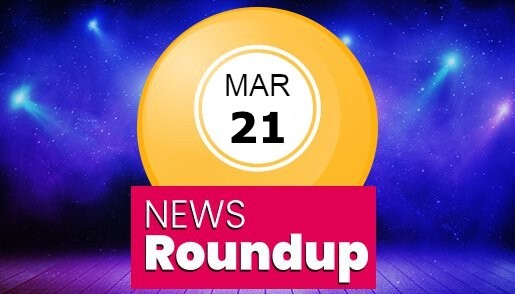 After closing many of its land-based clubs last year due to the financial pinch caused by the COVID-19 pandemic, Buzz Bingo is hopeful that 2021 will help it regain its former glory after its majority shareholder, Caledonia Investments sold all its shares to fellow shareholder, ICG PLC.

ICG will be investing £18m into the popular bingo brand and hopes to further grow the online arm of Buzz Bingo over the coming months.

Hopefully, the move will need that no more clubs will have to close.

Players also have the chance to win a brand-new car worth £18,000 at Buzz Bingo up until 31st March.

To get your hands on a Nissan Juke, you’ll need to start collecting draw entries. You get one entry each time that you deposit £10 and spend it on bingo or slots. Head over to Buzz Bingo to take part and check out the full terms and conditions.

The British gaming and betting operator and owner of Ladbrokes, Coral, and Foxy Bingo, Entain, has just appointed a new independent chair of its charitable foundation.

Ed Davis CBE will move into the role at the Entain Foundation following a four-year stint as governor and commander-in-chief of Gibraltar.

He will be working alongside new ambassador Franziska van Almsick, as well as the Foundation’s board of councillors to aid Entain’s “commitment to making a positive contribution to wider society by investing in the future of its customers, colleagues, and communities”.

The company behind brands like mFortune, PocketWin, and MrSpin has been hit with a £3.4m fine for failing with its customer communications, money laundering, and social responsibility duties.

InTouch Games has also had its licence placed under review by the UK Gambling Commission while simultaneously being order to appoint independent auditors to assess its compliance with the UKGC’s Licence Conditions and Codes of Practice.

Local authorities in the US joined forces with Tourism Ireland this week to turn the world-famous “Welcome to Fabulous Las Vegas” sign green to mark St Patrick’s Day on 17th March.

The plan involved swapping out the sign’s existing yellow bulbs for green ones, and the vice president of the LVCVA says that the city and its many casinos are looking forward to welcoming back Irish visitors in the not-too-distant future.

Bingo halls, theatres, cinemas, and outdoor adult sports will be able to return form 17th May, and the first minister says that she’ll be talking with industry leaders about venue capacity numbers over the next few weeks.

The company has partnered with Knowsley Social to arrange a series of weekly shows that begin on 20th May. Customers can purchase tickets for socially distanced pods that can hold up to six people.

One of the partnerships that the APPG provided as an example is Neighbours and Gala Bingo.

The Group is concerned that programmes that are sponsored by gambling companies are activating targeting women and young people and encouraging them to gamble.

Former goalkeeper, Peter Shilton is also campaigning for a ban on betting firms sponsoring football teams after being moved by stories of people committing suicide due to gambling addiction.

LeoVegas is gearing up for an end-of-month bingo special that will see £15,000 divided between the lucky winners.

Tickets for the game are on sale now at 50p each.