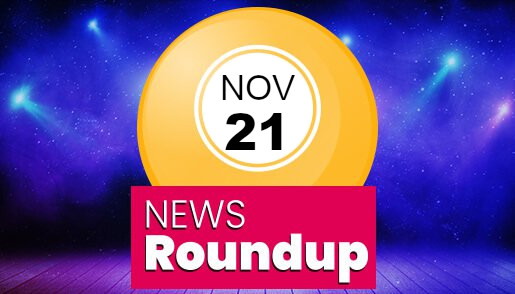 It’s been a busy and particularly exciting week for the bingo and casino industries, with several stories grabbing our attention. For example, tombola has a new owner, Mecca Bingo smashes its Guinness World Record target, Buzz Bingo has announced that it’s giving players more new ways to win in its Club room, and 888 has launched an innovative new initiative that it hopes will launch female leaders to the top of their game.

In more good news, Safer Gambling Week is announced as a huge success, and football fans have been helping their local club through bingo games. There’s also intriguing news for fans of online slots, as not only has Pragmatic Play just released a new game, but Pariplay has also created a new in-house games studio. And, to top it all off, ICE London says that it will be making its bingo exhibition area even bigger and better for 2022!

It’s the end of an era – another independently owned bingo site is now in the hands of a conglomerate! Online since 1999, the site really started coming into its own in 2009 and has never looked back. That success has been noted by Flutter, owner of Sky Betting and Gaming and Paddy Power among others, and they tabled an offer of £402m for the Sunderland-based business, which proved too tempting to turn down.

Everyone on-site is saying it will be business as usual, but check out the full story here to see what we think.

If you play in the Club Room at Buzz Bingo, you’ll now find that there are extra chances to win with some smaller cash prizes on offer, thanks to the introduction of Plenty of £20’s games. Each one features a £200 prize and offers 10 chances to win as the one-line, two-line, and full house prizes are worth £20 each, plus there are 7 roll-on full house prizes worth £20 too!

The games begin at 8.35 PM nightly, so go and check them out!

Even the Spice Girls would be impressed with the girl power attitude that the online operator 888 has been displaying lately, after the company announced the launch of its SheLEADS programme.

The initiative is designed to help get more females into the industry, as well as help them achieve higher positions.

Could the next Denise Coates be in the making, we wonder?

You may remember us mentioning that Mecca Bingo has been gearing up to set a new world record as part of its 60th-anniversary celebrations.

Well, the results are now in, and we’re pleased to announce that the brand has indeed succeeded in achieving a Guinness World Record for the “most videos of birthday wishes or greetings uploaded to a bespoke platform in one hour”.

Mecca also announced before winning the title that it would put on a £2,500 free bingo session online if it achieved the record. Further details should be coming soon!

The Betting and Gaming Council has said that it’s really happy with the coverage of this year’s Safer Gambling Week thanks to the help of multiple online and offline sports betting brands, casinos and bingo brands.

According to the BGC’s calculations, coverage increased by 19% this year which Michael Dugher, the Council’s chief executive, describes as “a huge success”.

Bookies, in particular, helped to drive the campaign thanks to their popular brand ambassadors including Racheal Blackmore, AP McCoy, Michael Owen and Anthony Joshua.

The casino operator and affiliate brand ActiveWin (which also acts as Betfred’s online marketing agency) has decided to close two of its popular online casinos.

Both Jackpot Jones and Kerching will cease trading on 2nd December 2021, despite ActiveWin’s subsidiary Grace Media hoping to revive them after taking them over from Nektan earlier this year.

The closure of Kerching comes as a particular surprise as it’s one of the UK’s oldest online casinos. It made its debut in 2007 under the ownership of IGT.

Members of both sites have been contacted by ActiveWin with instructions on what they need to do before the sites close down for good.

Pragmatic Play, whose online bingo platform is used by many major UK-facing brands including PlayOJO and LeoVegas, has just announced the launch of an exciting new online slot called Bounty Gold.

Bounty Gold is set in the Wild West and it uses a 5×3 reel layout to help you land winning combinations using symbols like Stetsons, cowboys, cowgirls, and horseshoes.

It boasts a top jackpot of 5,000x, and it also comes with a Money Respin Feature that offers both multipliers and jackpots.

Next year’s ICE London trade show will bring together some of the world’s biggest operators and software developers. However, unlike in previous years, the exhibition’s organiser (Clarion) has enlisted the help of The Bingo Association for the February event to help improve the profile of land-based bingo brands.

As a result, part of the show will be named The Bingo Association Hub, and it has already led to many leading suppliers confirming their participation.

A group of dedicated dabbers have just held their third annual bingo night in aid of Nantwich Town Football Club and managed to raise an impressive £745.

90 people took part in the event which was held in the club’s Optimum Pay Stadium on 12th November 2021. As well as enjoying a chip bap as part of their entrance fee, players were also able to take part in a raffle which included a shirt signed by one of the club’s star players, Joe Malkin.

The software developer Pariplay plans to expand by creating an in-house games studio. It hopes that Wizard Games will also help it to develop new game improvements and expand into additional markets.

All existing Pariplay titles will now be rebranded under the Wizard Games names. There are already several new online slots in the pipeline, as well as a string of new releases including Book of Enchantments, Hula Magic, Rumble Rhino Megaways and Scrolls of Aphrodite.