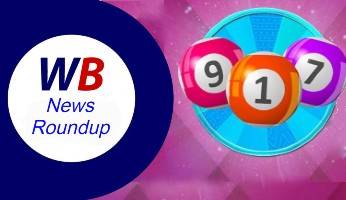 In this week’s bingo news round-up, the live streaming platform Twitch changes its rules around gamers advertising gambling sites, the latest Mecca raffle offers you the chance to win a home cinema, Red Tiger’s latest slot is now available to play at Entain bingo brands, one of Tombola’s most popular rooms celebrates a birthday, Foxy Bingo is encouraging us to get social this September, Gala launches a hilarious new ad campaign, and there’s a brand-new bingo game to play at Gamesys’ latest online bingo site.

Twitch, the popular video game streaming service, has increasingly featured people playing online slots as well as video games. However, for the safety of its viewers and minors who could encounter its streams, it’s taken the decision to ban players from adding links to online gambling sites and include affiliate referral links on their channels.

According to Twitch’s owners, the new rules are designed “to prevent harms and scams” and, therefore, streamers are now prohibited from sharing links and referral codes to any websites that offer roulette, dice games and slots. Cue a drastic drop in content!

One of the latest innovations at Mecca Bingo is Mecca Raffles.

The feature was introduced to the site in April 2021, and each week, members of the site have the chance to purchase tickets for the latest prizes.

This month’s latest prize is a home cinema experience, and the draw will be held on 26th August. Other prizes that have recently been featured in Mecca Raffles include free spins for a month, a £200 Uber Eats voucher and his and hers watches.

Red Tiger Gaming’s latest video slot has just been added to the games lobby at Entain brands including Gala Bingo and Foxy Bingo.

Wild Expedition is a 5-reel slot that has 30 paylines, and it also boasts plenty of exciting special features.

The Free Spins Bonus has the potential to award up to 20 free games which are accompanied by sticky wild symbols. There’s also the Wild Kiss feature which can turn Nick symbols into wilds and a Jungle Treasure feature that adds extra Nick symbols to the reels to deliver a guaranteed win.

The maximum win that you can score on a single spin is just over 2,100 times your total bet.

As one of just a handful of UK bingo sites that runs on proprietary software, Tombola is one of the best places to find unique bingo games.

Back in the summer of 2009, the operator launched an exciting 50-ball bingo variant which it calls Bingo50, but is also affectionately known as Bubblwrap Bingo, and this week, saw the popular bingo room celebrate its 12th birthday.

To celebrate, Tombola gave away a kitchen-themed goody bag to one lucky player on 20th August in the Bingo50 chat room.

Prizes are awarded for achieving one line and a full house. Plus, there’s a jackpot worth up to £1,000 on offer to players who claim a full house within 19 calls.

It might be sad to see summer coming to an end next month, but Foxy Bingo has just given us a reason to look forward to September.

The popular bingo brand is asking you to save the date as its live Summer Social will be streaming on Facebook on Wednesday, 8th September. This special event will include competitions, games and giveaways.

Move over Gloria, because The Boss Offs at Gala Bingo are here to determine a new bingo champ.

The Boss Offs feature in Gala’s newest series of ads, and they each include different competitors.

The action is set inside a boxing ring and the contestants must perform a “bingo body slam” while encased in an inflatable ball.

Wendy and Ruby Rose are the first pair to go head-to-head. You can find out the winner by visiting Gala Bingo’s Facebook page or keeping your eyes peeled for the TV ads.

Recently, Gamesys announced that its partnership with Heart Radio and Smooth Radio is ending soon, and it’s inviting members of those brands who want to stay with a Gamesys-powered site to pop along to its newest site, Double Bubble Bingo. Existing log-in details will get you access.

You can watch a sneak preview of the game on Double Bubble Bingo’s Facebook page where it explains how you can double your prize money on double numbers, as well as win the Super 7 Jackpot by popping the full house on ball number 7.

The game is also available at other Gamesys brands like Jackpotjoy, Virgin Games and Rainbow Riches Casino.