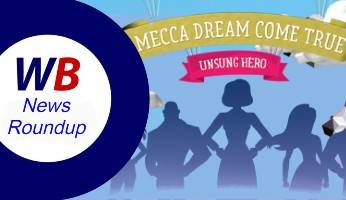 Caesars Entertainment has moved another step closer to securing its takeover of William Hill after it secured court approval from the High Court of Justice in England and Wales.

William Hill shares on the London Stock Exchange are now delisted and, once the acquisition is complete, the shares will transfer to Caesars on the New York Stock Exchange.

From a customer perspective, the merger is not expected to have any effect on players’ accounts with William Hill products such as bingo, casino and sportsbook nor its UK betting shops.

The 2021 revision covers ten key areas that are designed to allow gambling operators to uphold an effective approach to safer gambling, and operators will now be judged on their performance in each area through GamCare’s accreditation scheme. The areas include self-exclusion, protection of vulnerable adults and children, advertising and promotions, and addressing problem gambling among staff.

Players at Mecca Bingo now have the option to take part in the brand’s Big Raffle.

The Big Raffle includes weekly raffle draws that offer a variety of prizes including online bingo bonuses, cash and tangible prizes like home cinema bundles, Apple Watches and iPhone 12s. This week’s star prize is free bingo for a year!

Customers can either buy tickets online for 50p to £1 or enter free-of-charge by post.

A festival organiser’s plans to host a three-day event in Cheshire this summer have sadly fallen through, which also means that Bongo’s Bingo’s first appearance in their new Big Top Tent will now be postponed until next year.

Cheshire Fest says that England’s lifting of social distancing measures on 21st June has “fallen just out of our planned dates”, hence the event needs to be rescheduled to take place in 2022.

Buzz Bingo is currently holding its third Buzz Has Talent Show and the final is now just one week away.

The show features some of the operator’s most talented employees showcasing their skills in the hopes of winning the highly coveted Buzz Has Talent 2021 trophy.

You can view the entrants’ compilation video on the Buzzone section of the Buzz Bingo website and you can cast your vote for your favourite act at the same time.

Mecca announces the winners of its community heroes competition

Last month, Mecca Bingo invited players to nominate their community heroes so that it could pick eight deserving members of the public for their efforts and hard work throughout the past twelve months.

One of the people who was chosen as a Mecca Community Hero is a regular customer of the brand’s Acocks Green club, and each week, she has been giving out hot drinks and food, as well as clothing to those in need in her local area.

The lucky winners have just been revealed and each of them has received £500 from the popular bingo operator. This is a wonderful initiative from a bingo brand with a strong social conscience.

All good things must come to an end and that includes the Pick-A-Box promotion at Gala Bingo.

The promo has been running since 13th April and is set to close on 2nd May.

Every day that customers wager £5 on any slot game, they are invited to pick a box to reveal a mystery prize. The prizes include between 5 and 20 free spins to use on Fishin’ Frenzy Spin Boost, as well as cash rewards of 50p, £1, £2.50 and £5.

While this deal may be coming to an end, we are sure that a visit to the site will reveal many more to take advantage of.

The player, who wishes to remain anonymous, scooped over £15m after placing an 80p bet on the gaming provider’s Book of Atem slot.

Not only is the payout the biggest WowPot win to date, but it’s also the third-largest progressive jackpot in the Microgaming network’s history.