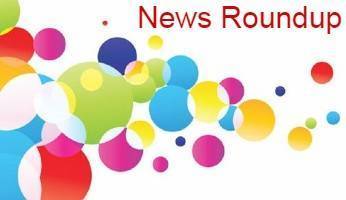 Thanks to a new agreement with Gaming Realms, both Paddy Power Bingo and Betfair Bingo will shortly be adding Slingo Originals games to their lobbies.

The deal follows on from other operator partnerships that Gaming Realms has developed, including ones with Sky Betting & Gaming.

Slingo Originals titles will be delivered to Paddy Power and Betfair by Relax Gaming and range from games like Deal or No Deal Slingo and Slingo Rainbow Riches to Slingo Lucky Streak and Slingo Berserk.

Bingo players from Bristol and the South-West of England are invited to get their dabbers at the ready for some festive fun at Bristol Airport courtesy of The Parking Lot Social.

Between 27th and 30th December 2020, the main car park will be transformed into a winter wonderland which is going to be hosting a drive-in panto (Cinderella) which will be simultaneously broadcast on two 40-foot screens. There’ll also be some festive-themed film favourites like Home Alone and Elf, party bingo, an interactive quiz, a silent disco, and ‘Car-A-Oke’.

The events will be completely contactless, with a mobile app that allows guests to order drinks and food from their cars.

Since rebranding and launching a whole new online bingo site in 2018, Buzz Bingo has continued to make changes that allow it to deliver an innovative and exciting player experience.

One of the key jobs within the company that helps it to shape its focus and direction is Marketing Director, and Buzz has just chosen a new person to fill this important role.

Harry Lang has worked in online gaming for over 15 years, and he’s previously helped many of the best-known brands such as Foxy Bingo, Mecca Bingo, and bwin.party to develop their marketing strategies.

Gamesys reports a 31% rise in its Q3 revenue

Gamesys, which boasts an impressive portfolio of gaming brands such as Virgin Games, Jackpotjoy, and Heart Bingo, has enjoyed a 31% boost in its total revenue for the third quarter.

While the operator attributes some of its success to its “increasing active customer base”, it also stresses how important it is to promote responsible gaming and is pleased to report that a third of its active UK players have set deposit limits.

William Hill has claimed that local lockdowns across England could cost it £2m of potential profits as it revealed that it’s already suffered a 9% drop in its 3rd quarter revenue.

While the latest figures show “good progress across all divisions”, William Hill PLC is concerned that due to an estimated 100 betting shops needing to close during further local lockdowns, its EBITDA (Earnings Before Interest, Taxes, Depreciation, and Amortisation) could reduce by around £2m.

Microgaming has produced many successful online slots in its 26-year history with titles like Immortal Romance, Major Millions, Break Da Bank Again and Mega Moolah drawing in players from across the globe.

Now, the company has a new video slot for you to enjoy.

You can play Wonder Woods at participating online casinos and bingo sites with stakes of 10p to £100 per spin. The game’s top payout is 400 times the total stake.

The casino operator Betsson has been gradually reducing its presence in the UK gambling market over the past few years, and lately, it’s made the decision to close all but one of its UK-facing brands.

Betsson only acquired Rizk from the Gaming Innovation Group earlier this year, and the brand continues to perform well within the UK thanks to its unique and ‘gamified’ playing experience.

Tombola recently welcomed a brand-new and exclusive game to its Arcade portfolio.

Pop has been added to the Bubble family of games and uses a cluster-style playing area. If five or more matching bubbles appear in a group, the player wins a prize – the more in the group the bigger the prize.

The popular online bingo operator is also celebrating the recent marriage of two of its chat hosts, Madeira and Brioche. You can see some pics of the happy couple on Tombola’s Facebook page.