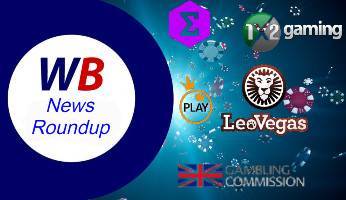 In this week’s news round-up, the UK Gambling Commission looks at how gamblers were influenced by the COVID-19 pandemic in December, Entain appoints two new directors, PlayOJO adds new slots from 1×2 Gaming, LeoVegas drops bonuses, the BGC wants the Grand National to be pushed back so that betting shops have a chance to recoup some of their losses, Pragmatic Play releases its latest live casino game, high street bookies in England look set to reopen in April, and the general public can learn more about how their bank can help them stay in control with gambling blocks.

Latest UKGC figures on impact of pandemic on gambling

The UK Gambling Commission’s latest set of data shows how gambling behaviours were affected by COVID-19 during December 2020.

The Commission notes that December is often a “traditionally busy period” for online gambling, and this caused a 12% rise in the number of bets placed and a 6% month-on-month increase in active accounts.

Slot games saw a significant rise in GGY (Gross Gambling Yield), and there was an 11% increase in the number of online slots session that lasted longer than an hour.

As a result of its latest findings, the UKGC believes that extra operator vigilance continues to be necessary while people are spending more time at home (and online) and land-based venues such as casinos, bingo halls, and betting shops remain closed.

Mega Roulette turns traditional roulette on its head by including special features like Mega Bets and Mega Chances, as well as multipliers of between x50 and x500.

The software developer has previously trialled the game in Latin America where it received a warm welcome from players. It will now be made available at UK online casinos and bingo sites which offer live games by Pragmatic Play.

One of the biggest horse racing events of the year, The Grand National, is due to take place on 10th April at Aintree. However, now that the UK government has confirmed that betting shops will not be allowed to reopen before 12th April 2021, the Betting and Gaming Council is calling on Boris Johnson to delay the Grand National until after the 12th so that bookmakers can take advantage of the iconic race.

Punters’ stakes on the race typically provide £1m in levy payments for the horse racing industry, and the sport also reins in roughly £350m in annual sponsorship and media rights agreements.

The BGC acknowledges that pushing back the big race until betting shops have reopened is “not without its challenges”, and has, therefore, offered to “help iron out any difficulties” to give high street betting shops the chance to bounce back from “a torrid year”.

Entain, which was previously known as GVC Holdings, has welcomed two new non-executive directors on board.

Vicky Jarman and Stella David have previously held senior positions at Bacardi Ltd and William Grant & Sons respectively, and will now be expected to bring their unique “variety of skills, perspectives and experiences” to Entain’s board of directors.

The news follows the announcement that another non-executive director, Stephen Morana, will be leaving the Entain board and heading off to pastures new at Cazoo, the online car sales company.

Over the last year, there’s been a lot of talk about gambling block services, with more UK banks signing up to create or improve tech tools that allow customers to control their spend with gambling operators. However, it’s still estimated that hundreds of thousands of customers still do not have access to such facilities.

Now, the UK Gambling Commission is keen to educate consumers on their options and has, therefore, published new guidance which includes a full breakdown of the gambling block services that are current offered by both digital and high street banks.

SkillOnNet sites, including PlayOJO, are set to receive a raft of new games thanks to a recently agreed deal between the operator and 1×2 Gaming.

Iron Dog Studios games are also included in the deal as are a series of branded Megaways slots that will mean that SkillOnNet brands like PlayOJO will be able to offer players their very own Megaways game.

The online casino and bingo brand, LeoVegas, has confirmed that it is removing bonus funds from its bonus policy with effect from Monday, 22nd March 2021.

Although it hasn’t confirmed the reason why it’s discontinuing bonuses, LeoVegas is giving existing customers the chance to use their bonus funds before the new rules are brought in by giving them 30 days to complete their wagering.

It remains to be seen whether the new policy will affect any of the site’s future welcome offers. However, the current casino welcome offer does not include any bonuses, and instead, allows new customers to claim 10 free spins and up to £100 cash and wager-free spins.