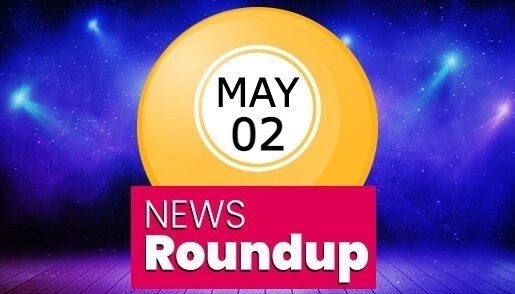 In this week’s bingo news round-up there’s good news as 888 reports record profits at the start of its new financial year. Plus, Buzz Bingo is on a mission to improve its levels of compliance and it also has a new promotional game for you to play. There’s news of live casino games as Sky Vegas launches Playtech’s live dealer studio and Pragmatic Play unveils its latest game. Tombola encourages its players to gamble responsibly with help from its new monthly loss limit, and Sky Bingo is bringing out the big bucks (and hopefully some sunshine) this Bank Holiday Monday!

888 Holdings, which operates the Dragonfish bingo platform and owns bingo brands like 888Ladies and Wink Bingo, along with popular casino, sports betting and poker sites, has reported that it has enjoyed a great start to 2021.

The company recorded impressive revenues last year, but this year, it’s beaten market expectations with a 56% year-on-year rise in sales for the first quarter.

The profit boost is largely due to strong growth in sports betting and casino revenues which rose by 53% and 68% respectively.

Whether it can keep the momentum going for the rest of the financial year remains to be seen.

Buzz Bingo has partnered with Rightlander in a bid to boost its responsible gambling compliance levels.

The Rightlander platform includes an automatic compliance monitor which can flag up various violations, including outdated offers and missing terms and conditions, while its PPC monitor helps to prevent harmful advertisements from appearing on the operator’s branded keywords.

Buzz also has a new game for you to try. The Lumberjack Cash Spinner is available until midnight on 23rd May, and you can spin it once a day to claim a bonus spins prize when you wager £30 or more on the Lumberjack Cash slot.

The sister site of Sky Bingo, Sky Vegas, has proudly announced that it has just launched a new live casino environment which is powered by the award-winning software developer, Playtech.

Not only are members of the site now able to play at Playtech’s Live All Bets Blackjack and Live Roulette tables, but they will also be the first to check out the live casino’s exclusive Spin a Win game.

Spin a Win is a game of chance that features a live presenter and a spinning wheel, the latter of which has the potential to award multipliers as big as 100x.

While Evolution and NetEnt have long been the leading names in live casino, Pragmatic Play is working hard to rival them, and, hopefully, its latest title (Dragon Tiger) will help raise its profile further.

Dragon Tiger is often referred to as a two-card game version of baccarat and it originated in Cambodia.

According to Pragmatic Play’s Chief Business Development Officer, it’s “an exciting, fast-paced game” with global appeal, and it is broadcast live in 4K from the company’s state-of-the-art studios in Bucharest, Romania.

The objective of the game is to bet on the card that you think has the highest value – the Tiger or the Dragon – or an equal amount.

Tombola has always been a responsible operator, and in recent months, it’s introduced several new safer gambling tools such as Game Freeze and Time Keeper.

This week, the brand announced that it is bringing in a mandatory monthly loss limit which takes effect on Saturday, 1st May 2021.

From this date forward, players will not be able to continue playing if they’ve incurred a total monthly loss of more than £500.

It has already brought in a revised weekly deposit limit of £250, down from £500 previously, which took effect this week.

We think it’s great that Tombola is working so hard to help its players gamble safely, and it would be even better if other brands followed suit!

If you’ve been holding off making plans for this bank holiday, you might want to check out the newest promotion at Sky Bingo.

Between 26th April and 6th May 2021, you can earn one entry each time you stake £10 cash on any qualifying game and two tickets whenever you spend £10 cash on a double ticket game.

The final draw will take place on 7th May, and the lucky winners will each receive prizes varying from £5 to £1,000.