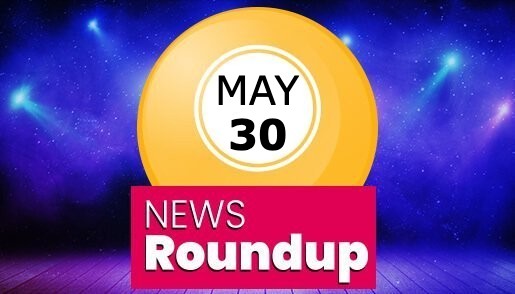 The sister site of Gala Bingo has just launched a new series of TV ads.

Gala Spins, which is more slots-focused than Gala Bingo, started airing the first of its ads on 24th May and it aims to “show how Brits put their own spin on things”.

For example, a player called Gemma Cheritt is shown playing a slot with her ferret while Jenny Farrow from Harrow chomps down a marrow while playing Irish Frenzy.

It might be a bit weird, but it ticks the memorable box!

Foxy Bingo owner Entain has just begun a collaboration with a charity called Chance for Childhood which helps school children in Ghana.

The brand’s new “Change the first 1,000 Days” pilot will allow caregivers and teachers in Accra to provide kindergarten-age children with special needs the tailored services they require. It will also fund additional support assistants and help the project “make a transformational positive impact on vulnerable children”.

Microgaming has just hired a software developer called Gold Coin Studios, the latter of whom has just released its first slot under the new agreement.

Silver Seas is a swashbuckling adventure that offers prizes of up to 6,000x your bet. It also features a Free Spins Bonus that comes with win multipliers and an Epic Strike feature.

Following the closure of the River Island fashion chain, Cashino (soon to be rebranded as Merkur) has announced that it’s planning to take over the former River Island store in Dudley town centre.

The Grade II listed building will open 24-hours-a-day and offer both bingo games and slot machines. It will also employ six members of staff and its owners hope to bring extra footfall to the area that will be of benefit to other local businesses.

While bingo halls reopened in England, Wales and Scotland on 17th May, players in Ireland had to wait an extra week for indoor hospitality and entertainment venues to return.

Irish bingo halls were able to open their doors on 24th May along with amusement arcades, libraries, museums, cinemas, bars, hotels, pubs and restaurants. In addition, 6 people from two different households are now allowed to meet indoors in homes and stay overnight.

Live from Studio M is a live streaming event that was launched by Mecca Bingo earlier this year, and the other day, it welcomed a very special guest in the form of ex-Corrie cast member, Faye Brookes.

While Faye exited the show in 2019, she’s revealed to Mecca that she’s hoping to return, and considering her on-screen dad Johnny is set to get hitched after his release from prison, now could be the perfect time for the soap’s producers to welcome Kate Connor back to the Cobbles.

A lucky Tombola player has just won a massive £20,000 jackpot while playing a game of Pulse.

The brand has also issued a reminder to members that along with a full house prize in every Pulse game, there’s a two-tier jackpot up for grabs as well. Simple pop all 12 bubbles within 16 or 19 calls to win.

Enjoy a free game at your local Buzz Bingo club

Now that Buzz Bingo clubs have been able to reopen, the brand is hoping to draw in new customers with its free bingo deal.

All first-timers are entitled to a free game of Afternoon or Evening Main Event bingo, and they can also upgrade to play on a touchpad with a discount. Plus, all newbies receive a Golden Envelope containing extra discounts and freebies to use on future visits to Buzz Bingo clubs.

Catch up on the gossip at Mecca Bingo

If you love to keep up with the latest celebrity news, it might be wise to check out the Mecca Bingo blog.