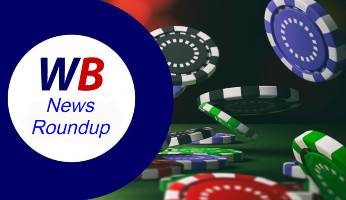 In this week’s news round-up, the latest Slingo game makes its debut, Buzz Bingo prepares to host its first-ever awards ceremony, the Virtual Grand National is back, Loughborough loses a much-loved bingo club, the UK Gambling Commission continues to crack down on online operators, Entain rolls out improved player protection initiatives, GamCare is keen to steer the direction of the Gambling Act review, and the BGC outlines the value that the UK gambling industry adds to the UK economy.

A popular bingo club in Loughborough is set to close for good following Beacon Bingo’s announcement that it was suffering from “significant trading losses caused by the ongoing COVID-19 pandemic. The news comes less than two weeks after the operator confirmed that its Redcar branch would also cease trading.

The Loughborough building originally opened as a cinema in the 1930s, and later became a Mecca Bingo club.

It is expected that 18 staff will be made redundant following the venue’s closure.

From Monday, 5th April 2021, players at Buzz Bingo will have the chance to cast their votes in the brand’s first-ever Player’s Choice Awards.

There will be 11 different categories, including Best Bingo Room, Best Slot Game, Best Live Show Moment, and Best Original Game, and each vote gets you one entry into a prize draw for the chance to win a £50 Just Eat voucher. You can until 11.59 PM on 18th April to cast your votes.

The operator formerly known as GVC has just launched a new player protection initiative called ARC Advanced Responsibility and Care), which it plans to roll out across all 14 of its UK-facing brands by June 2021.

The new Entain scheme will help to better identify players who are at a higher risk of suffering financial problems, as well as improving affordability checks and introducing stake limits. However, the approach will also allow Entain to take a personalised approach with its customers, meaning that one customer might have lower stake limits than another.

The company is eager to point out that “the vast majority of customers” who play responsibly will be unaffected by the changes, but its new initiative will also be reliant on the customers that it identifies as being at risk being willing to share details of their financial status.

We’re sure that many of you remember tuning in to watch the Virtual Grand National during lockdown last year, and the same exciting event is returning for 2021 alongside the spectator-free real race.

Once again, the Virtual Grand National will be produced by Inspired Entertainment, and rather than having to replace this year’s steeplechase, it will try to predict the race’s outcome.

Potters Corner claimed first place in the 2020 virtual race and the bets that it garnered helped Inspired Entertainment to raise around £3m for NHS charities.

News of Gaming Realms and NetEnt’s collaboration on Slingo Starburst first hit us back in October 2020, and finally, the game is now ready to come to market.

As you might expect, Slingo Starburst includes many of the popular features that players have come to know and love in the original Starburst slot. 3 or more Slingos lead to Win Spin bonuses while the amethyst symbol can award instant cash prizes.

The game will initially be exclusive to UK-facing Entain brands such as Ladbrokes, Bwin, Coral, Gala Bingo, and Foxy Bingo.

The charity which operates the National Gambling Helpline, GamCare, has just published the findings of a survey that was undertaken by around 350 members of its Lived Experience Group, and it wants them to help the UK government perform its review of the 2005 Gambling Act.

Much of the survey centred on players’ experiences with licensed operators, and how they believed that policies, safeguards and protection should be adapted to help prevent gambling issues.

Over half of the respondents said that they had sought help or treatment through safer gambling organisations and charities like GamCare. However, nearly two-thirds reckon that there are not enough resources that are dedicated to providing support for problem gamblers.

GamCare now wants the government to spend more money and time on protecting vulnerable people from gambling harms through education, research and treatment. The charity has based its recommendations on the feedback that it’s gained from its latest survey which shows that the majority of people believe that operators should bear the cost of such initiatives.

In late March, the UK Gambling Commission issued the popular online casino brand, Casumo with a £6m fine for historical social responsibility and anti-money laundering failings. The company is also being subjected to regular audits after receiving an official warning from the gambling regulator.

However, since Casumo was taken to task, a further five land-based casinos have now been identified by the Gambling Commission as having failed to follow anti-money laundering and social responsibility rules, and their operating licences are subsequently under review.

A report carried out on behalf of the Betting and Gaming Council (BGC) highlights how many jobs and how much tax the betting, casino and online gaming industries generate each year for the UK economy.

The study has been prepared in advance of the biggest reform of UK gambling laws in 15 years, and it shows that in 2019, BGC members (such as Bet365, Coral, William Hill, and Rank Group) generated over £7.5bn in Treasury taxes and supported 119,000 jobs. It also indicates that many of those employed by the sector are under the age of 35 which, the BGC argues, show how vital the industry is in providing entry-level jobs for younger people.