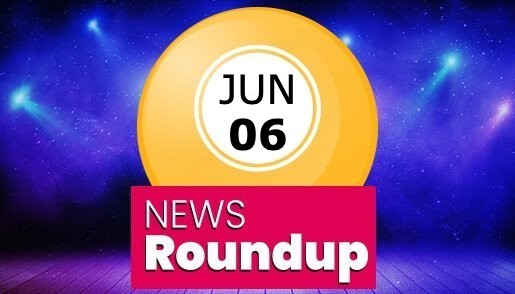 Foxy Bingo owner, Entain is set to sponsor 50 British athletes throughout the third year of SportsAid.

Each athlete will receive £1,000 to pay for training costs. Plus, Entain will also help SportsAid to deliver a series of workshops that will give the recipients specialist advice on topics like mental wellbeing, media management and nutrition.

The Betting and Gaming Council has announced that several of its members will be donating all of their profits from Royal Ascot to UK charities.

Entain, William Hill, Rank Group, Betfair and Paddy Power are just some of the betting operators that have signed up to the fundraising initiative.

The BGC hopes that by donating profits to good causes, punters will enjoy the races more, even if they lose.

A new dad from Derby is the latest player to scoop the £50k jackpot in the National Bingo Game.

He was encouraged to visit Buzz Bingo by his wife, and despite his being unconvinced by the idea, he couldn’t have been happier when his numbers came in. We bet he won’t be so reluctant to go to bingo next time.

The latest slot from Pragmatic Play has just gone live at many online casino and bingo sites, and it’s called The Magic Cauldron – Enchanted Brew.

The game uses a 7×7 format and tumbling reels. Wins are formed as clusters of symbols are formed, and the top win is worth 5,000x your bet.

Unicorn Wilds and Elixir Wilds can boost your chances of creating wins. You can also collect symbols to trigger modifiers that perform symbol transformations and create colossal symbols.

Evolution Gaming’s award-winning live casino game, Lightning Roulette is being turned into a land-based casino game thanks to a new deal between Evolution and Scientific Games.

It will act as a special showpiece game in casinos around the world, and it’s the first live casino game to make the transition from online to land-based.

Paddy’s Full House is a bingo-inspired video slot that features commentary from the brand’s ambassador, Alistair McGowan. It features a fun bingo-themed bonus.

Play the game before the 13th of June 2021, and you could land yourself in hot water with a Lay-Z Spa Vegas Airjet Hot Tub*.

The highly anticipated live casino game from Evolution Gaming has just gone live at 32Red and various other top sites.

Gonzo’s Treasure Hunt is based on NetEnt’s hit slot, Gonzo’s Quest and it sees Gonzo appear alongside live hosts.

Players will be able to join the lovable conquistador on a hunt for cash prizes in a slot-style format.

The game show features a wall of stones, just like the Gonzo’s Quest slot, and players must select stones to find hidden treasures including cash and multipliers.

Bingo Loco offers bingo lovers an alternative way to play through the power of music and dance.

The annual EGR B2B Awards are due to take place on 6th and 7th July 2021, and several notable operators and brands have already been shortlisted.

This year’s hopefuls include Pragmatic Play, Dragonfish and Playtech who are all vying for the Bingo Supplier award while the maker of Slingo games (Gaming Realms) is in the running for Best Mobile Supplier.

The event’s sponsors include Pragmatic Play, Playson and iSoftBet and the event will be a mixture of virtual and live events – COVID permitting.