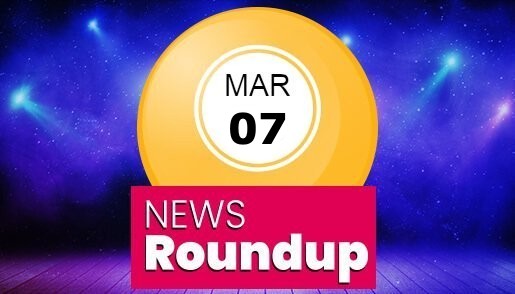 In this week’s news round-up, prepare for a new earworm as Nicole Sherzinger’s “She’s BINGO” hits the airwaves, find out about the latest spin-off show from The Chase team and Gala Bingo, discover how you could win a £2,000 staycation at one of the UK’s most popular bingo sites, get ready to celebrate St Patrick’s Day with PlayOJO, find out what the BGC thinks about Rishi’s new budget plans, learn how Flutter is helping community sports, as well as all the latest industry breaking news.

Having seen the video for the track, which is set for release on 8th March, it becomes apparent that the tune is inspired by the 70s song, D.I.S.C.O. by Ottawan (previously borrowed by Wink Bingo for one of their adverts if we remember correctly).

To borrow a lyric from Kylie Minogue, we’ve got a feeling that we won’t be able to get it out of our heads…

The Chase launches spin-off show in partnership with Gala Bingo

The producers of the popular ITV quiz show, The Chase, have confirmed that a new spinoff show is being filmed in partnership with the show’s official sponsor, Gala Bingo.

The Chase EXTRA will be available to watch via the ITV Hub, and instead of featuring the regular host, Bradley Walsh, the Chasers will each produce their own episode which will feature a set of ten questions for players to try and tackle.

Gala Bingo again and from 1st to 25th March 2021, Gala Bingo is holding a Staycation Giveaway*.

There’ll be nightly games running in the Castle and City Rooms over the month, and as well as cash prizes of up to £300, there’s the chance to win an amazing UK break worth £2,000.

To see the full terms and conditions, please visit the Promotions page at Gala Bingo.

Playtech has taken a gamble by appointing a new chairman who, until recently, was chairman at 888 Holdings since 2015.

Brian Mattingley takes over from Claire Milne who has been acting as interim chairman since the previous postholder, Alan Jackson, stepped down in May 2019.

Mr Mattingley will take up his new position from 1st June 2021, and he says that he’s looking forward to helping Playtech “drive forward its strategy and capitalise on the opportunities ahead”.

Despite losing Brian Mattingley, 888 has an inbound chairman in the form of Lord Mendelsohn who previously worked as an adviser to Tony Blair.

The Tory MP, John Whittingdale has been chosen as the person to help drive the UK’s government’s review of the 2005 Gambling Act which began last December.

Mr Whittingdale takes over the leadership role from fellow MP Nigel Huddleston, and he has previously chaired the Culture, Media and Sport Select Commission and served as Secretary of State for Culture, Media, and Sport.

The Chief Executive of the Betting and Gaming Council describes Mr Whittingdale as “a formidable politician who brings a wealth of experience and knowledge” to his new and important role.

This month, PlayOJO turns four and it’s been hosting a £20k giveaway to mark the occasion. However, if you missed out on the birthday celebrations, you can still win some great prizes at the site.

If you visit the bingo lobby, you’ll find that a brand-new room called Paddy’s Party* is pre-selling tickets at 30p each for a St Patrick’s Day £5k special. Every participating player will receive a share of the £2.5k community jackpot while the full house is worth an impressive £1.5k.

One of Europe’s leading online gambling operators Aspire Global, has initiated a review of its customer-facing brands as it continues to focus on growing its B2B offering.

At the moment, it’s not known whether the operator will decide to sell some or all of its online casinos which include popular destinations such as Karamba, Playluck, Casiplay and Fortune Jackpots. However, its Chief Executive says that “a review will assist us to better assess our options to further accelerate our growth”.

Most people breathed a sigh of relief when Chancellor Rishi Sunak unveiled his latest budget on 3rd March, and surprisingly, the Betting and Gaming Council also wiped the sweat from its brow as it learned that the government plans to extend rates relief for retail and hospitality businesses such as casinos, betting shops, and bingo halls.

Many of those employed by the UK betting industry will also benefit from the extension to the existing furlough scheme, which will now run until September.

The betting group Flutter has given grassroots sports clubs extra hope after making a £4.8m donation to the Clubs in Crisis support fund managed by Made by Sport as part of its new “Cash4Clubs” initiative.

Flutter, which represents several big-name gambling companies including Paddy Power, Betfair, and Sky Betting & Gaming, aims to help “some of the smallest and hardest hit clubs” that are at risk of closure.