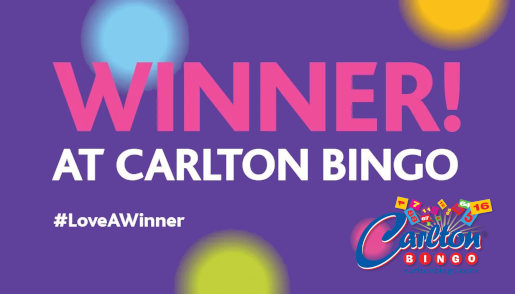 We recently mentioned that the National Bingo Game had upped its prizes for May 2022, offering a massive £150k jackpot instead of the usual £100k to any player fortunate enough to claim the full house in 16 calls or less during the evening session. This week, the first person to achieve this feat was a player from Glasgow who is now £150,000 better off, and here’s how it all came about…

On Saturday 14th May 2022, less than halfway into the National Bingo Game’s Supersized Saturday promotion, a 57-year-old mother of one and grandmother of two decided to pay a visit to her favourite bingo club in Partick, Glasgow.

The woman, who has requested to remain anonymous, was playing alongside her husband at the Carlton Bingo hall, and both of them decided to take part in the National Bingo Game. Midway through the game, the couple realised that she was just one number away from the full house, and the very next number to be called was the one that she needed. Upon making her claim for the full house prize, she realised that she hadn’t just won the standard club prize but the top jackpot as well!

How the prizes are allocated

The Partick player seems a very worthy winner considering she’s been playing bingo for many years after being introduced to the game by her mum who also attends the same Carlton Bingo club. She’s also got her daughter to follow in her footsteps, making it somewhat of a family tradition.

The club’s manager, Gary Duncanson says that the lady “looked completely overwhelmed” while “the club went mad” when her win was officially announced.

The winner says that her lucky charm is “only my husband” who she’s been with for 40 years.

At the moment, she’s still deciding how to spend her windfall, but she’s considering treating the family to a new car and a well-deserved holiday as they’ve never left the country or been on a plane before. As she says that she’s always wanted to visit the Maldives, we’re guessing that it might be the first destination on the cards.