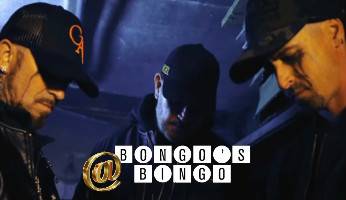 The 1990’s chart-topping boy band East 17 will be appearing at SWG3 in Glasgow between 20th and 23rd December 2021. Tickets are already on sale for the series of Christmas specials hosted by none other than Bongo’s Bingo.

They say that Christmas is the most wonderful time of the year, and while most of us spent the majority of last year’s festive season holed up indoors with tight restrictions surrounding how many visitors we were allowed to receive, Christmas 2021 should hopefully be a whole lot better.

From a bingo fan’s perspective, one of the highlights of this year’s festive calendar is the Bongo’s Bingo Christmas special, and if you were around in the 90s, you have even more to look forward to as one of the decade’s biggest boy bands will be headlining.

“Brace for a night full of madness, mischief and shared euphoria”

While the group originally consisted of Brian Harvey, Tony Mortimer, Terry Coldwell and John Hendy, Terry Coldwell is reportedly now the only original member who is still performing. Thankfully, new recruits Joe Livermore and Robbie Craig are there to support Terry, and they’ll hopefully be treating revellers to some of the band’s biggest hits such as It’s Alright, House of Love, Around the World and Deep.

If you’d like to stay another day in the boy’s company, then you can as they are due to perform at SWG3 in Glasgow on four different dates, and tickets for the gigs on 20th, 21st, 22nd and 23rd December are already selling like hotcakes.

According to Bongo’s Bingo founder, Jonny Bongo, Christmas is his favourite time of the year, and he reckons that “the crowds will be going wild” for the East 17 boys.

As well as East 17 featuring as the headline act, the shows will also include bingo, weird and wonderful prizes and crazy antics.

To date, the group has sold over 18 million records worldwide and scored four top ten albums and 18 top 20 singles. One of East 17’s biggest hits, Stay Another Day spent 3 weeks at Number One, beating sales of Mariah Carey’s All I Want for Christmas is You.