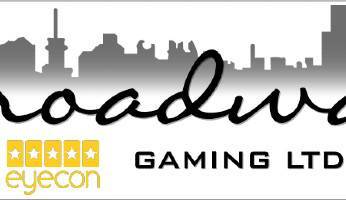 Broadway Gaming is probably best known for its flagship brand, Butlers Bingo, which shot to fame back in 2012 when one of its players won a gigantic Microgaming progressive jackpot through The Dark Knight slot.

However, after Microgaming decided to retire its online bingo platform last year, Broadway found itself unexpectedly tasked with finding a new home for its bingo brands.

After settling on the up-and-coming Pragmatic Play bingo platform, Broadway’s sites including Glossy Bingo, Bingo Diamond, Dotty Bingo, and Rosy Bingo, have once again started to attract eager players, and now, their members are set to gain an even wider choice of side games thanks to a newly struck deal between Broadway Gaming and the popular online slots manufacturer, Eyecon.

The new partnership will allow Broadway to roll out a host of top Eyecon slots including Fluffy Favourites (and its many sequels), Shaman’s Dream, White Wizard, Clover Rollover 2, and Temple of Iris, as well as introduce more Eyecon slots when they become available for release.

The new games will also be made available at Broadway’s casino sites – Lucky274 and Casino of Dreams.

Broadway’s CEO, David Butler, says that “Eyecon games are beloved by the bingo community” and that he’s “delighted” to be able to introduce them to members of Broadway bingo brands.

He also confirmed that Broadway will be changing platforms to Bede Gaming later this year, at which point, the company will be able to further diversify its content offering through a selected range of third-party content providers.

Broadway Gaming founded its first online bingo site, Butlers Bingo, back in 2010. It also operates an award-winning affiliate programme and holds gambling licenses from the UK Gambling Commission, as well as the Malta Gaming Authority.