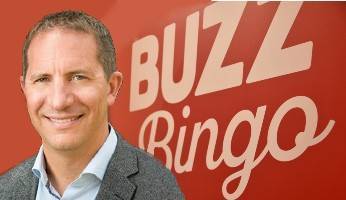 Buzz Bingo Has New Games, a New COO and a New Promise

In the past few days, there have been several changes afoot at one of Britain’s leading bingo sites, Buzz Bingo.

As well as entering into a new licensing agreement to be able to introduce additional games to its lobby, the brand has appointed a new Chief Operating Officer, and even more importantly, has made its wager-free bonus policy a lot clearer.

Most of us have been on the receiving end of a great bonus offer that subsequently turns out to have complex and sometimes unachievable terms and conditions such as high wagering requirements.

Buzz Bingo has been a long-term advocate of no wagering bonuses which is one of the reasons why so many people love it. However, newbies aren’t always au fait with terms such as wagering requirements. Plus, wouldn’t it be nice if gambling brands (and other companies, we hasten to add) made an effort to write their T’s and C’s in layman’s terms?

These are just some of the reasons why Buzz has updated its bonus policy with a player-friendly stamp and a new bonus promise that reads, “You Win It? You Keep It! No Nonsense”.

It explains how customers get instant access to all the cash that they win with bonuses at the site and points out how many other brands try and “trick you” by hiding restrictions in the small print.

Well done, Buzz! If only more bingo brands could take a leaf out of your book!

New COO and a Promotion

The company has also appointed a new senior member of staff.

Buzz’s CEO, Chris Matthews, says that Dominic “will be key to delivering our strategy to deliver a real differentiated, customer-focused product”.

In another key appointment Stevie Shaves, currently Chief Digital Officer, will move to the role of Chief Commercial Officer for the company. He will be in charge of bingo, slots, food and beverage product development and partnership procurement.

Finally, the site will soon be welcoming a host of new slot games aboard thanks to a recently formed deal with the 1×2 Network.

Along with an exciting collection of popular 1×2 slots such as Rainbow Wilds, Battle Maidens, and Neon Jungle, the software supplier will also be providing Buzz Bingo with its very own branded Megaways slot.