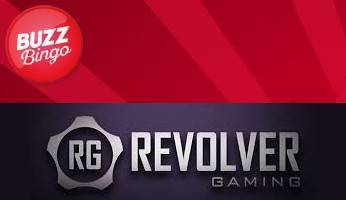 The games lobby at Buzz Bingo continues to grow thanks to another exciting deal that the operator has recently struck.

This time, Buzz has shaken hands with an up-and-coming software developer called Revolver Gaming, and according to the latter’s website, Revolver’s entire slots catalogue is being made available to Buzz’s online community of players.

Revolver already has several hit titles under its belt, including Irish Coins, Lotto Lucky, Wishes, and Multiplier Man. It also has a new slot – Neon Blaze – scheduled for release this month.

The collection of Revolver-produced slot games will be made available at Buzz Bingo through the Playtech software platform.

The CEO of Revolver, Ryan Lazarus, says that the new partnership shows his company’s “continued commitment to the UK market” while Buzz Group’s Digital Operations Manager, Kieron Shaw says that they are “thrilled to be working with Revolver Gaming”.

Revolver is a games studio that’s based in London and it’s been producing top-quality gaming content for the online gambling industry since 2010.

Its forthcoming release, Neon Blaze, which Buzz Bingo players will be among the first to enjoy, is a retro video slot with a modern twist.

It uses brightly coloured neon graphics that are inspired by classic slots, and there’s also a Hot Bonus Matcher feature that determines what Free Spins Bonus the user gets to play. Blazing Wilds allow for even more chances to win, and there’s even a progressive jackpot to play for.

We’re also looking forward to seeing some of Revolver’s earlier slots such as Irish Coins (which made its debut in September 2020) appearing in the Buzz Bingo games lobby.

Irish Coins is a 5-reel video slot with 20 paylines, and it comes with a re-triggerable Free Spins Bonus, multipliers, stacked symbols that appear on every spin, and a progressive jackpot prize.