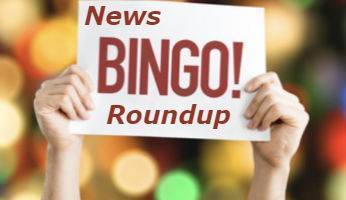 Catch Up on the Latest Bingo News in our Weekly Roundup

Over the past week, there’s been a flurry of activity in the online bingo world, with birthday celebrations, a local council granting a popular bingo club 24/7 operating hours, MeccaFest updates, and industry award winners to mention but a few examples.

We’ll start by looking at the recent iGB awards, where online bingo and casino affiliates are recognised for their successes and contributions to the industry.

And, although we were pipped to the post, even yours truly, WhichBingo, was nominated for the category of Best Bingo Affiliate Website.

A team of iGaming professionals help to determine who should ultimately receive the awards. This year, the judges included the CEO and Chairman of Match Poker, the co-founder of Rocket Science Consultancy, the general counsel of Playson Limited, and the Head of Affiliates at Rovert Affiliates.

If you’re a fan of Hip-Hop, it’ll be music to your ears that Mecca Bingo has just announced another addition to its star-studded line-up for MeccaFest 2020.

The annual event, which features £100,000 of prizes, dancing, bingo games, and live performances, is set to take place in the Tower Ballroom in Blackpool on Saturday, 30th May 2020.

So far, Mecca Bingo has confirmed that two singing sensations – Sister Sledge and Peter Andre – will be appearing on the big night. However, according to its Twitter account, it has just added Rak-Su to the bill.

Rak-Su is best-known for winning The X Factor final in 2017. The Watford-based band is made up of members Jamall Shurland, Myles Stephenson (who was a recent popular member of the I’m a Celebrity, Get me out of Here cast), Mustafa Rahimtulla, and Ashley Fongho, and its biggest hits to-date include Into It, Girl, and La Bomba.

In the forthcoming weeks and months, further performances from other artists are expected to be announced, plus the chance to meet and greet some of the celebs backstage. And, as well as a generous serving of music acts, there’ll be a team of celebrities helping to host the event, including Jack Fincham, Nathan Henry, Charlotte Crosby, Duncan James, Bobby Norris and Joe Swash.

Over the years, scores of new online bingo brands have emerged, but due to the sheer competition between sites, not all of them survive.

Therefore, it’s great to see another success story, and in this case, it’s about Robin Hood Bingo.

Robin Hood Bingo counts Moon Bingo and Ted Bingo among its sister sites, and it recently celebrated its 8th birthday.

The Dragonfish-powered brand has swiftly become known as one of the best places to play online bingo due to its impressive number of rooms and games, it’s generous bonuses and its instantly recognisable mascot who gives the site its name.

Additional promotions such as a Birthday Prize Wheel and an enhanced welcome offer formed just some of the celebrations. Plus, further giveaways were held on Robin Hood’s Facebook page.

Buzz Bingo, which manages both an online bingo site and several bingo clubs across the UK, has recently been given approval by a local council to extend the operating hours of its Coventry club so that it can open around-the-clock.

Although UK gambling laws currently dictate that bingo games cannot be run between midnight and 9AM at land-based establishments, the Buzz Bingo club on Radford Road, Coventry, will be permitted to give its customers access to its gambling area 24/7.

The gambling area, which is due to undergo an overhaul, includes slot machines, and after an objection from a local resident was withdrawn, the popular section of the venue will soon be available to members subject to a few conditions surrounding parking and smoking.

As it’s quite unusual for bingo halls to open 24/7, we’re wondering if perhaps more bingo clubs will follow suit in the near future, and even whether the laws regarding the hours in which bingo games can be offered may be extended?