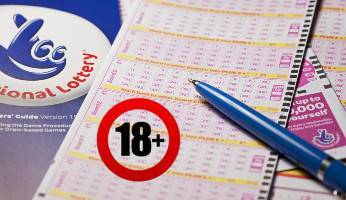 Next year will see the minimum age for those participating in the UK National Lottery rise from 16 to 18.

The change is being made following the review of the current gambling laws, and the DCMS (Department for Digital, Culture, Media and Sport) has confirmed that under-18s will no longer be able to purchase online lottery tickets from April 2021.

Currently, UK laws dictate that anyone who plays online bingo, casino or slot games must be 18 or over, and the same rule applies to sports betting. However, up until now, the National Lottery has been open to players as young as 16.

In fact, some UK teenagers have won some of the biggest lottery prizes according to Camelot records. One example is Jane Park who scooped £1m when she was only 17 after buying her first-ever lottery ticket. Yet just four years later, she was considering suing Camelot bosses for making her life “ten times worse”. She also said that “the current age of 16 is far too young” and agrees that the minimum age for lottery winners should be increased to at least 18.

The Minister for Sport, Tourism, and Heritage, Nigel Huddleston, wants to ensure that playing the National Lottery will not lead to youngsters developing problem gambling behaviours. Despite experts and officials believing that National Lottery players have a lower risk of developing gambling addiction than with other forms of gambling, Mr Huddleston says he wants to ensure that the lottery does not become a “gateway to problem gambling” for young adults and vulnerable individuals.

The DCMS is also currently looking at other protective measures that it hopes will help to keep UK gamblers safe from gambling harms. The measures include reviewing how promotions, offers, and VIP schemes are advertised and whether maximum stake limits need to be introduced.