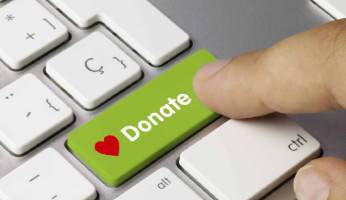 Charities Win Big at The Races

The pennies have been counted and the lucky winners include Care Radio, Marie Curie and Prostate Cancer UK. It’s all thanks to the special charity race that was held at Royal Ascot on 17th June 2021.

Some of the biggest names in British sports betting, many of which also operate popular online bingo sites, have helped to raise £1.25m for good causes.

You may remember us mentioning that Ascot Gold Cup Day on Thursday 17th June was going to be donating all the profits from its flagship race to charity.

As several gambling operators were involved in the fundraising initiative, it’s taken a while for the final profits to be calculated, but the Betting and Gaming Council have recently announced that £1.25m will now be handed over to a range of charitable organisations.

Who were the big winners?

The charities that stand to benefit from the race include three separate Armed Forces charities, Care Radio, Marie Curie and Prostate Cancer UK. Care Radio is a new radio station that serves the 9 million NHS staff and paid and unpaid carers who work in the UK.

As for the winning horse and jockey, the spotlights turn to the ever-popular Irish rider Oisin Murphy who won the Britannia Stakes on Peretto at odds of 18/1.

The operators who joined forces to promote the fundraiser are all members of the BGC (Betting and Gaming Council). They include Entain (which owns Coral, Gala, Foxy and Ladbrokes), BetVictor, William Hill, Rank Group (which owns Mecca and Grosvenor), 888, Bet365, Kindred, Betway, AnzoGroup and Flutter (which owns Sky Bet, Betfair and Paddy Power).

How do the results compare to last year’s?

The first Britannia Stakes charity race was held last summer, and it managed to raise £250,000 for its chosen charities. So, the fact that the race’s donation this year topped £1.25m is extremely impressive!

How will it help the charities?

Charities have particularly struggled to raise funds through the COVID-19 pandemic, so the Royal Ascot fundraiser will help to cover the deficit. It will also allow charities like Marie Curie to continue supporting people who are suffering from terminal illnesses.