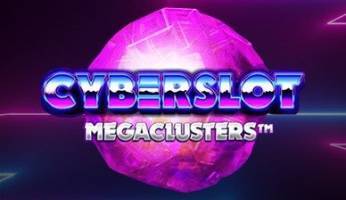 You’ve probably heard of Megaways slots, but do you know that the creator of the famous game mechanic has also invented Megaclusters?

Cyberslot Megaclusters follows on from Big Time Gaming’s first ‘clusters’ title, Starclusters, and it also delivers a mind-blowing playing experience that the developer is convinced will gain the same popularity as its Megaways slots such as Bonanza and White Rabbit.

The first players who will be able to take a spin on Cyberslot Megaclusters are members of LeoVegas. LeoVegas is the forward-thinking online casino brand that recently added online bingo to its games lobby, and it’s managed to gain exclusive access to the latest BTG title as of Tuesday, 8th December 2020.

Unlike NetEnt’s Cluster Pays engine, which allows players to form giant clusters of matching symbols to create winning combinations, Big Time Gaming’s Megaclusters enables every symbol that contributes towards a win to be broken into four miniature symbols to create additional Megaclusters.

Cyberslot also uses the Reactions feature, which removes wins that are formed with the smaller symbols to let new symbols replace them in hopes of forming more clusters.

The CEO of Big Time Gaming, Nick Robinson, says that Megaclusters is allowing the company to take its slot games “in a brave new direction”, while LeoVegas’ Johan Ekberg refers to BTG as “proven innovators”, and says that LeoVegas considers it a “great honour” that it has been picked as the preferred online gaming brand for the initial launch of Cyberslot Megaclusters.

Other games that have recently gone live at LeoVegas include Football Glory and Valley of the Gods 2.