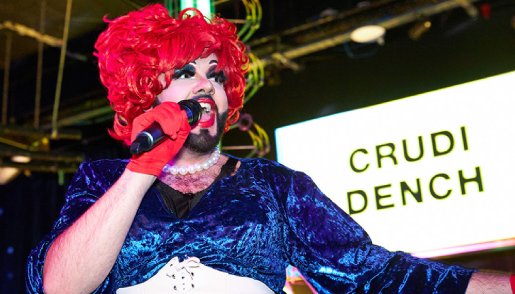 Dabbers Social Bingo, which hosts live and interactive bingo games at its premises in Hounsditch, London, has finally finished its search for its next big star. The company has spent the past three months trying to find its Next Top Bingo Caller of 2022, and after beating off some stiff competition, Crudi Dench has been awarded the prestigious title.

Every year, Dabbers invites aspiring bingo callers to enter its Next Top Bingo Caller competition. Players are able to watch the final, where each act gets to showcase its talent.

The lucky winner is awarded a 12-month contract at Dabbers Social and also receives a luxury hotel stay and £1,000 cash.

This year’s event was hosted by a comedian called Sikisa Barnes who held a mini-bingo session before introducing each act. The finalists included several drag queens such as Ferrari Roche, Kitty Cassis, and Crudi Dench, as well as other novelty acts like Edgar and Jaynine who had the audience in stitches with their clever comedy sketches.

2022’s judges felt that Crudi Dench was the worthy recipient of the Next Top Bingo Caller award, and she recently spoke to the British Comedy Guide about her hopes for her new role at Dabbers.

Who is Crudi Dench?

Crudi Dench is the alter-ego of Matt Stallworthy who started doing drag while at university in York. Matt also performs as part of an improv troupe and works as a university event coordinator.

Matt entered the competition after seeing an advert for it on Instagram and admits that there was some “tough competition” along the way.

He hopes to revamp the role of bingo caller by bringing “a bit of good old Northern charm to the proceedings. He also says that he wants the venue to have “gravy on tap” and “free flat caps on entry.”

Dabbers is already gearing up for 2023’s talent competition and is inviting people to register their interest via the Dabbers Social website to be kept informed of when applications open.