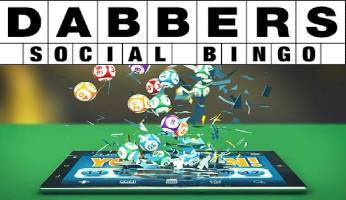 People who are lucky enough to reside in the nation’s capital can make the last few weeks of lockdown easier by tuning into two virtual bingo parties during February and March.

It’s all thanks to Dabbers Social Bingo – a London-based company that has been unable to host its usual live events since the first national lockdown forced it to close its doors. However, it’s now coming back with a bang with not one, but two exciting virtual events hosted live from the company’s East London home.

The dates for the upcoming shows are Saturday 27th February and Saturday 27th March, and players are invited to assemble a team who can take part remotely via video chat before buying their tickets from the Dabbers Social Bingo website.

Each event will consist of three rounds of 80-ball bingo, as well as some exciting and unusual bonus challenges. The Dabbers team will also be providing entertainment with both music and comedy.

Other land-based bingo brands are hoping that restrictions will be sufficiently eased to allow them to resume physical events later this year.

For example, Bongo’s Bingo, which usually hosts parties in Liverpool but has also taken its quirky and comical live bingo shows to cities around the globe, is planning a series of summer specials across the UK.

Bongo’s has also just announced a host of new dates and locations for its 2021 tour which include Aberdeen (June 5th), Glasgow (various dates in June, July, and August), Shrewsbury, Sheffield, Norwich, Margate, Manchester, and London.

Like Dabbers Social Bingo, Bongo’s Bingo aims to offer players a uniquely entertaining playing experience. Its live shows include an eclectic mix of dance-offs, traditional bingo games, rave intervals, and plenty of audience participation while the prizes range from mobility scooters and karaoke machines to Henry Hoovers and inflatable unicorns.