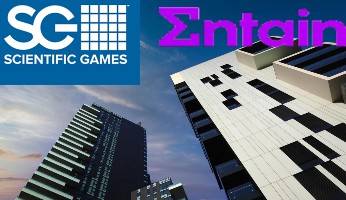 The Entain Group boasts an impressive portfolio of online gaming brands, including sports brands such as Eurobet, Ladbrokes, and Coral, plus online bingo sites like Foxy Bingo and Gala Bingo, and I-gaming brands including Party Casino and Party Poker.

With so many products to manage, Entain relies on several notable software developers to help ensure that it can continue to provide its players with top-quality games, promotions, and special features.

One of these developers is Scientific Games which Entain has been working with since 2016.

Originally, the partnership was created to allow Entain (or GVC Holdings as it was then known) to offer WMS games on many of its sites. Since then, however, the deal has grown to include Scientific Games’ OpenGaming content aggregation platform which includes a 3,000-strong library of titles by WMS and its subsidiaries.

This week, the two companies extended their current agreement for a further three years, and as well as ensuring that new slots and games continue to flow through to Entain’s multiple gaming brands, some cutting-edge features will be gradually introduced, including missions, free rounds, and responsible gaming tools.

American-based Scientific Games has also been key in helping Entain prepare to relaunch its brands in Germany following new regulations which are due to come into force from July this year.

The software developer will also aid Entain in its mission to increase its market share in regulated markets within the UK, Portugal, Spain, Italy, and Greece.

The company’s VP of Gaming has promised “an extensive roadmap of exciting titles” over the coming months.

2 weeks ago, one of SG’s most popular subsidiaries, Barcrest, released its Rainbow Riches Race Day slot which has already gone live at several Entain brands including Foxy Bingo and Gala Bingo.