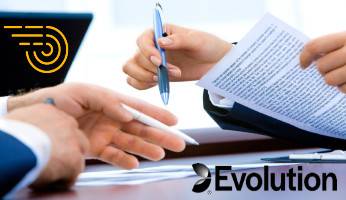 Evolution Gaming is continuing with its global expansion by acquiring a rival game show developer. The purchase of DigiWheel will set the company back by EUR 1 million, but it will be offset by an earn-out payment that will be based on the Cork-based business’ net income for the third year following its closure.

The Stockholm-based live casino developer, Evolution Gaming has only just completed its purchase of Big Time Gaming and NetEnt yet it’s still eager to move forward even further with its plans for global success.

The company has just entered into an agreement that will see it buy an Irish business called DigiWheel, which Evolution’s CEO believes to be “an excellent fit with Evolution’s product offering”.

DigiWheel was founded in 2015 by the Purcell family with the aim of taking the traditional prize wheel into the 21st century, and its vision of taking its product into “every major gaming facility in the world” could soon be realised through its deal with Evolution Gaming.

DigiWheel is designed to be used on a gaming floor, and while this would be possible within a land-based casino setting, the explosion of online live casinos in recent years means that it would also work well as part of a live game show.

The wheel’s creator claims that its product is “the world’s first 360-degree rotating HD digital gaming wheel”, and it allows operators to use the circular HD screen in its centre to display high-definition, high-resolution images, video and interactive content from a variety of sources including online, media players, computers and TVs.

Where does DigiWheel fit in with Evolution Gaming’s plans?

Evolution Gaming has already achieved significant success with its live game shows that use prize wheels and money wheels such as Dream Catcher and Crazy Time. It now plans to incorporate DigiWheel into its live casino games and game shows.

What will happen to the founders of DigiWheel?

The existing team will be taken on by Evolution Gaming, the latter of whom plans to operate DigiWheel as a brand in its own right alongside other brands that it has recently acquired like Ezugi, Red Tiger, NetEnt and Big Time Gaming.