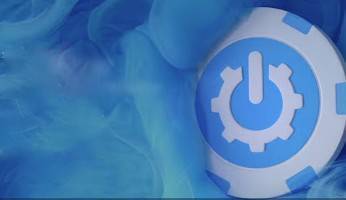 One of the leading lights of the European online entertainment industry has just launched Eyecon’s suite of casino games.

SkillOnNet, which operates several online casino brands such as PlayOJO, MegaCasino and Slots Magic, has integrated the popular software developers’ suite of games into its in-house casino platform.

SkillOnNet’s Michael Golembo refers to Eyecon as being “one of the most established slot developers in the industry” which is responsible for creating “some of the most popular games of all time”. He believes that the addition of the Eyecon games library will allow SkillOnNet to offer its customers and partners “yet more variety and quality”.

Zvi Chazanov, who is Eyecon’s key account manager, also hopes that the two companies will enjoy “a long and successful partnership”.

Although it began life as an independent software studio in 1997, Eyecon was acquired by Playtech in 2017. In just 13 years, Eyecon has made over 90 games that appeal to both online bingo and casino fans.

While SkillOnNet is Eyecon’s most recent signing, it has also teamed up with several other high-profile gaming brands in recent months.

Dazzletag’s bingo sites rolled out Eyecon’s games in May 2020 and players at Shiny Bingo, Bingocams, and Trendie Bingo can now enjoy popular slots like Beat the Bobbies, Hold the Safe, and Champions of Valhalla.

In July 2020, it struck a deal with Oryx Gaming that allowed it to launch its games on Casino Secret, and more operators on that platform are planned to go live in future.

Oryx offers an omnichannel turnkey solution that includes lottery, sportsbook and casino products, as well as marketing and operational services.

We thought that we’d take this opportunity to take a closer look at some of Eyecon’s most popular games over the years that have been staples at all the best UK online bingo sites:

Temple of Isis was the first game that Eyecon launched back in 2003.

It’s proved particularly popular with players as the gameplay is nice and simple and there are plenty of ways to trigger bonus rounds.

The Egyptian theme is also popular with online bingo and casino fans, and for as little as 25p per spin, players can benefit from up to 240 free spins with a x3 multiplier, wins of up to 1,350x their bet, and double wilds.

The most famous Eyecon slot of all time is undoubtedly Fluffy Favourites.

The game was released in 2006 and its plush animal toy characters still attract players to this day.

Galactic Girls is Eyecon’s most recent title. It invites players to set their “ray-guns to stun and get ready to blast some alien attackers” with the brave heroines who give the game its name.

Each of the five female characters (Natsumi, Joyce, Geraldine, Rita, and Peggy) boast their own exciting feature. There are also 7,776 ways to win, a free spins bonus that includes bonus prizes, pays both ways, expanding reels, multipliers, and symbol replacement.

These Eyecon games and the rest of the catalogue are so iconic that it is no wonder more and more platforms are clamouring to team up.