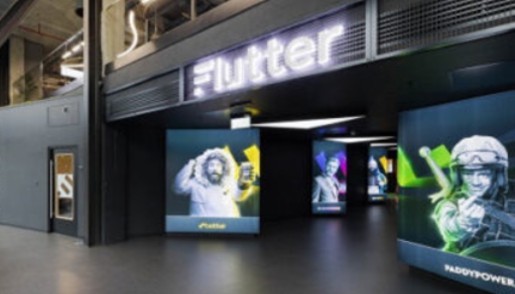 The gambling giant Flutter has just spent €15m revamping its headquarters in Ireland. The company hired Claremont Group Interiors to redesign its premises and create a “frictionless workspace” that will now be home to around 1,700 employees.

More about the redevelopment

Flutter Entertainment’s HQ is located at Belfield Office Park on Beech Hill Road in Clonskeagh, Dublin. It also owns an office in Leeds which provides 136,000 square feet of space across 8 floors.

The Dublin headquarters has just reopened following a massive renovation project that has transformed it into a “frictionless workspace”. The building will now be able to accommodate the company’s growing workforce which heads up Flutter’s customer operations, HR, marketing, product development and innovation, and sports trading teams.

The redevelopment was carried out by Claremont Group Interiors, a consultancy company that that specialises in designing and building the “Destination Office”.  It has previously worked with Myenergi in Grimsby, Shoosmiths in London, Freeths in Oxford, Pixel Toys in Leamington Spa, and PokerStars Hippodrome in London.

According to the Group Commercial Director and Chief Legal Officer for Flutter, the new-look HQ now offers a “modern, agile, and flexible workspace” that captures the company’s “vision for the future of work”.

While it has changed names several times over the recent years, the Flutter that we know today dates back to 1948 when it was called Timeform. By the late 1980s, the company had opened 42 Paddy Power betting shops across Ireland, and in 2000, it opened its Betfair Exchange.

Paddy Power entered the online sports betting market in 2000 while another of Flutter’s brands, Betfair became the first operator to offer “In Play” betting in 2001.

Rivals Betfair bought Flutter in 2002, and in the years following, Sky Bet was born.