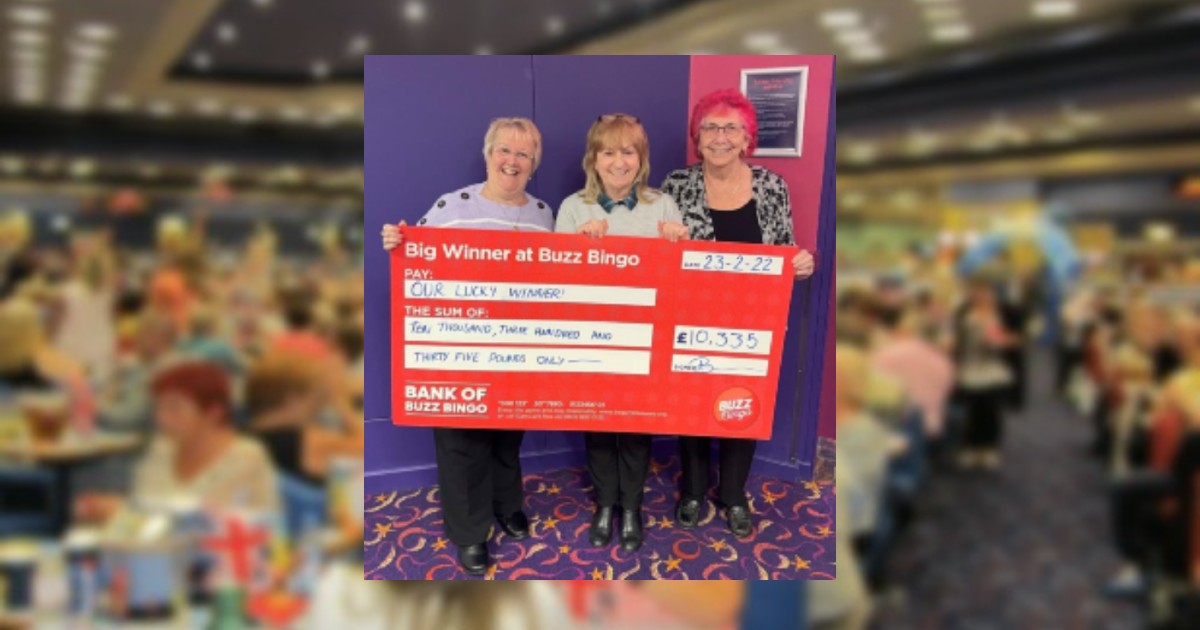 A retired nurse from the Wirral has made the headlines this week after taking home more than £10,000 from a bingo hall. Susan James’ trip to her local Buzz Bingo club on 23rd February 2022 turned out to be an event that she’ll never forget.

More about the Buzz Bingo win

The lucky player has been making regular journeys to play at Buzz Bingo Bromborough for over a decade. Yet, up until this year, she’d never won a significant amount. All of that changed at one of her most recent sessions when she called house on a GoGo Jackpot game and won £10,335.

Susan James usually plays at the club with two of her closest friends, and the three of them have appeared in the local press this week holding a giant cheque from Buzz Bingo.

She’s planning to share her winnings with her two bingo buddies, and we’re sure that she’ll also have enough left over to treat herself to one of her favourite meals, Hunters Chicken!

The bingo club’s general manager, Jayne Burchall, says it was a “fantastic win” and that all the other players were cheering Sue from their seats.

What is the GoGo Jackpot game?

GoGo Bingo is a game that visitors to Buzz Bingo clubs can play between sessions for as little as 20p. Players can join in using either GoGo boards or touchscreens for the chance to win up to £25,000.

There are two free GoGo games every day which award £3,300 per venue each week.

Buzz Bingo currently operates 90 bingo halls across England and Scotland, as well as an online bingo site that hosts GoGo bingo games and many other exciting bingo variants. Find out more in our Buzz Bingo review!