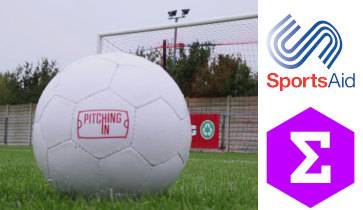 In 2018, Entain (which owns Foxy Bingo, Gala Bingo, Ladbrokes and Coral) announced that it was entering into a charity partnership with the sports charity, SportsAid.

SportsAid aims to “enrich the lives” of young British athletes “by recognising and nurturing their abilities through and beyond sport”. While it hosts an annual SportsAid Week (this years will be held from 20th to 26th September) during which members of the public and companies can help to raise funds, it also needs long-term commitments from partners to achieve its goals.

The Entain Foundation is now one of the charity’s largest corporate partners following the news that Entain aims to double its existing financial commitment to approximately £500,000 by 2024.

How Entain helped athletes in this year’s Olympics

SportsAid and its partners such as Entain have also helped 165 of the 227 members of Team GB’s Paralympics squad at some point in their careers.

What else does the Entain Foundation do?

As well as providing financial assistance to SportsAid, Entain also helps the sports charity with personal development opportunities and recognition. As part of its efforts, Entain helps to deliver workshops for athletes and their families to give them expert advice on important topics such as dealing with the media, mental wellbeing and nutrition.