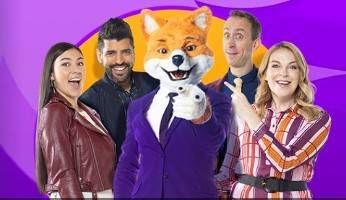 Foxy Bingo, which has just marked its 15th year of operation, used cutting-edge technology using an API integration between Qubit and Idomoo to send some of its players personalised videos to thank and reward them for their loyalty since the site first launched.

Each video was individually designed to reflect each player’s relationship and personal highlights with Foxy Bingo to-date, and also included new game recommendations based on their particular playing style. In addition, the videos contained an optional loyalty reward which was claimed by a massive 88% of customers.

Tailored to the customer

The personalised video concept was intended to reflect the brand’s latest marketing strategy which aims to give each person a unique playing experience on Foxy Bingo that is tailored to their style of play and games preference.

Foxy’s owner, Entain plc, says that the latest campaign (which was rolled out in three stages between August and November 2020) was hugely successful, and they now intend to mirror Foxy Bingo’s marketing strategy at the company’s other major brands, including Gala Bingo.

Customer Experience Manager, Maria Grigorova says that the individual video messages allowed them to “continually deliver the best service [for our customers]“ while also showing “our appreciation [of them]”.

She believes that the Idomoo platform is just one of many “new ways we can engage on a deeper level with customers” in “a fiercely competitive market”.

Idomoo’s General Manager, Dotan Ginsbourg, says that it’s increasingly important for online bingo brands such as Foxy to promote “a connection for good” with their players to show that “they are listening and providing a service to suits their wants and needs”.

Foxy Bingo launched in 2005 and has previously appointed brand ambassadors such as Heather Graham and Katie Price, plus numerous reality stars.