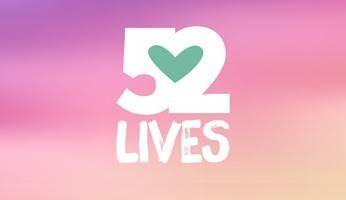 Gala Bingo has been working with the 52 Lives charity for several years, and every week, it continues to help its charity partner change the life of someone in need.

Harry and Meghan are just two of the many fans of the 52 Lives foundation, and while we’re not sure if they’re members of Gala Bingo, if you play at the site you may have come across the brand’s 52 Lives Bingo games.

52 Lives Bingo tickets cost just 20p each and 100% of the profits go directly to the charity.

The operator has recently added a new page to its online bingo site called “12 Lives of Christmas”, which introduces just some of the people that the brand and its members have given a helping hand to over the festive season.

For example, Rod is an elderly gentleman who, up until recently, had been in hospital being treated for a life-limiting kidney condition and pancreatic cancer. Due to COVID-19 restrictions, Rod had been unable to receive any visitors and was feeling pretty lonely.

Once he was back home, he’d had to sleep in an armchair due to a leak in the ceiling over his bed and was unable to watch any of the old movies that he was longing to see as he didn’t have a video player.

Thanks to Gala’s fundraising efforts, Rod was sent a VHS player, plus his roof was been repaired. The team also forwarded him piles of kind messages and cards that were made by the members of the 52 Lives Kids Kindness Club.

52 Lives Bingo games run every day at Gala Bingo from 7.25pm in the exclusive City and Castle bingo rooms.