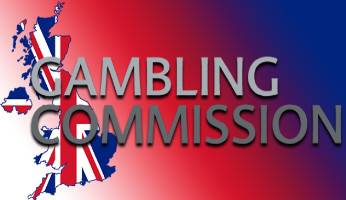 Following the recent departure of Neil McArthur, the UK Gambling Commission has recruited a new chief executive. Andrew Rhodes will temporarily take up the role for an 18-month period.

The Gambling Commission’s previous Chief Executive, Neil McArthur left his post in March 2021. At that time, the UKGC decided to recruit an interim CEO to give the Chairman sufficient time to find a permanent replacement.

The Chairman, Bill Moyes is also preparing to hand over to a new chair in September 2021, but in the meantime, he will help settle the interim Chief Executive into his new role.

Andrew Rhodes will be joining the Commission as the interim CEO from his previous post as Registrar and COO of Swansea University. He has also worked for the DVLA, the Food Standards Agency and the Department for Work and Pensions.

Mr Rhodes describes the Gambling Commission as “one of the world’s highest profile and most respected regulators” and says that he’s “delighted” to be coming onboard.

He goes on to say that it’s an excellent time to be joining the UKGC due to the current review of the 2005 Gambling Act that is being undertaken by the UK government, in which he believes that the Commission has an important and unique role to play.

Since Neil McArthur stepped down as Chief Executive in March, there have been two other temporary CEOs, Sally Jones and Sarah Gardner.

The government, as well as other industry bodies, have deemed that the 16-year-old Gambling Act is “not fit for the digital age”. For instance, the rise in online gambling has given people easier and quicker access to sports betting, bingo, slots and casino games.

In recent years, the Gambling Commission and the DCMS have been trying to raise the standards of social responsibility controls, meaning that gambling operators must provide the highest duty of care to their customers. We’ve already seen the impact of the work undertaken so far, with the UKGC revoking or suspending several operator licenses following investigations into non-compliance issues.