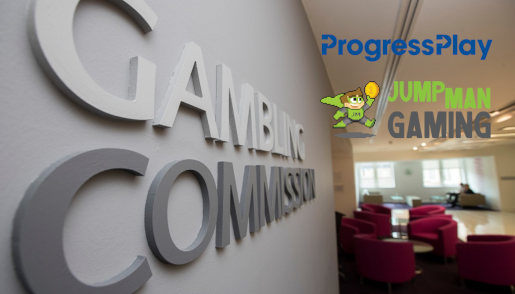 Two high-profile gambling operators have been in the news this week after they were ordered to pay penalties totalling £657,000 by the UK Gambling Commission. Both Jumpman Gaming and Progress Play were found to have failed in their AML (anti-money laundering) and social responsibility procedures.

As part of its investigations into the operators, the Gambling Commission identified several weaknesses in their internal procedures and controls.

In the case of Progress Play, the UKGC found that it had repeatedly breached its licence conditions by lacking sufficient AML and safer gambling measures. The operator has since been fined £175,718 which will go towards the National Strategy to Reduce Gambling Harms, and it must also pay the Commission over £12,400. The UKGC has, however, noted that Progress Play cooperated fully with its investigation and has taken remedial action to ensure that it complies with its licencing requirements in future.

The Commission found that Jumpman Gaming had experienced multiple non-compliance incidents and system breaches relating to its social responsibility and AML processes. Its investigation, which began in September 2020, also identified that the relevant procedures and policies to identify separate accounts held by the same player were not in place. In addition, the UKGC raised concerns that Jumpman Gaming customers were “able to deposit and lose well in excess of the average UK income before meaningful reviews were conducted.”

The operator’s regulatory settlement includes a financial penalty of £500,000 and a payment of over £13,500 to cover the costs of the Commission’s investigation.

Like Progress Play, Jumpman Gaming has since taken steps to remedy the breaches.

The company was founded in 2011 and holds both UK and Maltese gambling licences.

Well over 100 online casinos are powered by Progress Play software, including brands such as MaxiPlay, Dukes Casino, Mr Vegas, Monster Casino, and BetDuel.

Jumpman Gaming is well-known in the online bingo industry as it also (like ProgressPlay) offers white-label solutions. It operates both online casinos and bingo sites, including Lights Camera Bingo, Dove Bingo, and Mirror Bingo.

The company has been around since 2011, and just over a decade later, it has hundreds of brands on its networks (Jumpman Slots and 15 Network).