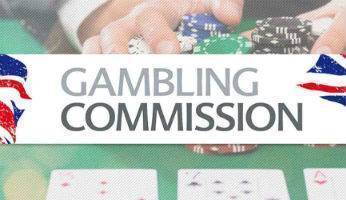 APPG at war with UKGC again … but who are the real losers?

The All-Party Parliamentary Group (APPG) on Gambling Related Harm has once again launched an attack on the United Kingdom Gambling Commission (UKGC). The APPG has criticised the UKGC’s decision to allow GVC Holdings – owners of the gambling brands Ladbrokes, Coral, bwin, partypoker, Foxy Bingo and others – to come up with a ‘code of conduct’ for high-value customer programmes, or VIP or loyalty schemes as they are more commonly known.

The leader of the APPG is Labour MP Carolyn Harris, the Member of Parliament for Swansea East since 2015, and the deputy leader of Welsh Labour. Harris has a record of campaigning against fixed-odds betting terminals (FOBTs). The APPG chair denounced the UKGC’s decision, saying that allowing GVC Holdings to develop a code of conduct was a ‘conflict of interest’. She also pointed out that GVC Holdings itself had been fined £5.9 million in 2019 for social responsibility failings and its failures to prevent money-laundering through its online ventures.

Failed Conservative Party leader Sir Iain Duncan Smith, vice-chair of the group, was harsher in his criticism of the UKGC, saying

“The Gambling Commission needs to be reformed. This really does show you where the thinking has gone completely wrong. It’s like putting the mafia in charge of looking into organised crime.”

The Chief Executive of the UKGC, Neil McArthur, defended the UKGC’s record as a regulatory body. He reiterated the UKGC’s commitment to raising industry standards and protecting consumers.

In recent weeks the UKGC has announced that from April 2020, gambling companies across all sectors with UKGC licences will not be able to accept payments from players via credit cards. Only last week the UKGC also pulled the plug on slot games that adhered to the recent trend of allowing players to ‘buy’ special features such as bonus spins and side games while they are playing the slot.

This is not the first time that the APPG and the UKGC have come into conflict. In November 2019 the group published a report on online gambling, the findings of which were slammed by the UKGC. The report went as far as stating that the UKGC were ‘not fit for purpose’.

Among the proposals put forward by the APPG was a £2 single-bet limit on all online slots, games, bingo games and sports betting wagers. It also wanted to put a complete end to VIP or loyalty schemes and criticised the charity GambleAware for what the group deemed to be its poor performance.

Another proposal was the banning of credit cards for gambling, a sensible and workable measure, which the UKGC has now put into force.

The UKGC at the time again defended its track record and criticised the report for failing to use UKGC official data.

The APPG has a history of damaging the UK gambling industry

Shares in leading gambling companies in the UK at the time dropped upon the publication of this report, and they will likely drop again following the APPG’s criticism of the UKGC begging the question, what does the APPG hope to achieve with the constant belittling of the UKGC’s authority?

These are dim days for the UK gambling industry, and many companies are struggling to survive. Some people, of course, will express their opinion that this is a good thing, but the UK’s gambling industry generates around £15 billion per annum and around 20 per cent of that lands in the government’s coffers via taxation. In addition, the industry provides jobs for thousands of people. If the UK gambling industry collapses, then a huge number of people will find themselves looking for work.

People in the UK have always gambled and will always gamble. Where gambling is illegal around the world there are unlicensed, illegal and ‘backstreet’ operations. If there is no regulated market in the UK then gamblers in the UK will simply move onto unregulated markets, which is the very thing that the UKGC was set up to prevent in the first place.

No-one would deny that players need to be protected and not exploited, but surely when it comes to gambling-related issues like bigger spending players it makes sense to have interested and knowledgeable parties involved. Something this important cannot be left in the hands of bodies with no industry experience or an agenda against it.

It would surely make more sense if the APPG – all of whom have zero experience in the UK gambling industry – was to work with the UKGC as opposed to seeking a continual string of battles with them. The APPG group appears to have the desire to restrict gambling as much as possible and to make it as unappealing as it can. It’s worth noting for comparison that ‘making things as unappealing as possible’ with regard to smoking, that all cigarette cartons in the UK are now unbranded, carry stark warnings about the dangers of smoking, complete with distressing photographs, and yet one-in-five people between the ages of 25 and 34 still have no problem with lighting up.

A regulated UK gambling industry is the only way forward, and it would be better if the APPG remembered that and learned to work with the UKGC before the UK market dissolves into the unregulated mess it was before the establishment of the UKGC.