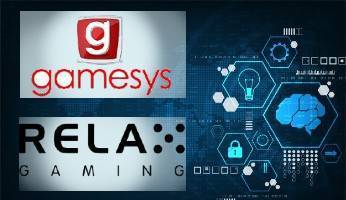 Gamesys to Offer Relax Gaming Portfolio Across Its Brands

The Gamesys Group and Relax Gaming have announced a new partnership where players at Gamesys online casino and bingo sites will now be able to access the exciting range of games from Relax Gaming.

Who is Relax Gaming?

Relax Gaming was founded in Finland in 2010 and in just the past decade they have gone from strength to strength, releasing a wide array of many popular gaming titles that players love.

In March 2014, they launched their flagship poker product to great success due to its unique and innovative design. Then, in July 2015, the brand announced the launch of bingo games.

Relax Gaming during this time has opened up new offices all across Europe to accommodate their growing staff numbers and this has massively helped with their success in reaching new markets.

This new integration with Gamesys is only going to help further their expansion into the United Kingdom and across the rest of Europe as Gamesys is an operator that is active in key European markets.

In 2020, Relax Gaming has spoken of the ‘several landmark agreements’ they have accomplished. A big announcement for the brand recently was also their new partnership with Flutter Entertainment who are now using Relax Gaming content on their big brands such as Betfair and Paddy Power.

Both Relax Gaming’s aggregated games and exclusive portfolio will be available to play and some of the big titles from them that you will not want to miss out on spinning include Temple Tumble, Money Train 2, Serpent Shrine, Joker Super Reels, Big Bucks Bandits Megaways, Atlantis Megaways, Mermaid Reef, Odin Infinity Reels Megaways, Crystal Cavern and Snake Arena.

What Do Both Groups Have to Say About this New Partnership?

Both Relax Gaming and the Gamesys Group are excited about this new partnership. The marketing director at Gamesys, Simon Mizzi, noted that Relax Gaming has made a big splash in the UK market in a short amount of time, mainly due to their fantastic range of exclusive slot titles and wide selection of aggregated games. Mizzi highlighted that this new partnership will add content diversity to their brands, with big gaming titles that have already been proven to perform well in the United Kingdom.

Relax Gaming echoed a similar line of thought, with the Relax Gaming CCO, Daniel Eskola, saying that this partnership will significantly raise their profile amongst players in the United Kingdom and will further reinforce their footprint in Europe’s largest market. He noted Gamesys impressive brand portfolio and that the Relax Gaming library is perfectly suited to their brands as they offer high-quality games to suit every players’ preference.