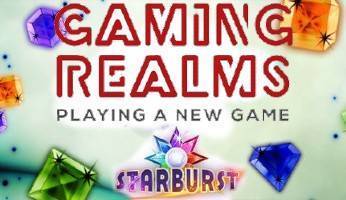 The software developer and manufacturer of the world-renowned Slingo format, Gaming Realms, has just signed a licensing agreement with NetEnt that will allow Gaming Realms to reimagine some of NetEnt’s most popular titles.

The first game to be chosen from NetEnt’s impressive online portfolio is the hit slot, Starburst.

Slingo Starburst will be released in early 2021 and will feature Slingo’s contemporary gaming platform as well as elements of the original Starburst slot.

Both parties seem excited about their new joint venture, with NetEnt’s Andy Whitworth stating that “building brand awareness” and widening “the reach of our portfolio” is a “vital part” of the company’s ongoing strategy.

He goes on to say that Gaming Realms “has an extraordinary reach among Slingo fans”, particularly those who live in America.

Gaming Realms’ CFO, Mark Segal, is also buzzing about the deal. He says that the collaboration should prove “very exciting for fans” and that “the combination of Slingo and Starburst will create a new game of significant global stature”.

What other NetEnt titles might be given the Slingo treatment?

It’s hard not to wonder what other NetEnt slots might be picked out by Gaming Realms as being suitable for a Slingo makeover. After all, Gaming Realms has already created Slingo versions of Barcrest’s Rainbow Riches and Inspired Gaming’s Centurion…

While both Gaming Realms and NetEnt are keeping quiet on the matter, we’ve come up with a few contenders that we think would make Slingo-worthy games.

Gonzo’s Quest has already been given the Megaways treatment which goes to show just how people the Aztec-themed slot is. So, why not let the loveable conquistador loose in a Slingo game where he could help to guide players towards the lost city of gold?

We’re sure that Slash and Axl Rose would highly approve of their band appearing in a Slingo game having already enjoyed huge success in a NetEnt slot. For starters, the sound effects could include some guitar riffs from popular Guns N Roses songs. You could also have band and music-inspired symbols that would help you complete Slingos.

Disappearing symbols and Wild Walking Jokers could make a Slingo version of The Invisible Man one that players wouldn’t forget in a hurry.

Twin Spin is one of NetEnt’s most-played slots, and we can just imagine the excitement of playing a Slingo game where the reels link and spin simultaneously.

As far as we’re aware, there’s never been a progressive jackpot Slingo game. So, how cool would it be if there was?

Perhaps, players would have to complete a particular winning combination or Gaming Realms could include a special jackpot symbol that would give players the chance to win a massive £1m?

What’s next for NetEnt?

Although the games that we mentioned above are ones we’d love to see in future, for now, it’s back to reality to look at what’s definitely on the horizon for NetEnt fans this autumn.

Finally, in December, there’s the intriguingly titled Riches of Midgard: Land and Expand.